The billionaire Richard Branson He expressed his emotion after reaching space this Sunday on a test flight aboard a plane of his company Virgin Galactic, which took off from New Mexico.

“It was magical,” confessed the British from the runway of the Spaceport America base, after an hour of travel aboard the VSS Unity plane with five other people and in which he crossed the 50 miles (80 km.) Of height.

“I have dreamed of this moment since I was a child, but nothing had prepared me to have a view of the Earth from space”, He recognized the businessman before journalists and members of Virgin Galactic, the firm he founded in 2004 to carry out commercial flights into space.

Dressed in the blue suit of the Unity 22 mission, the Briton was honored to have made the test flight, in which his mission was to evaluate the experience of the future client during the journey, in which for a period of 4 minutes the six occupants of the ship became weightless. 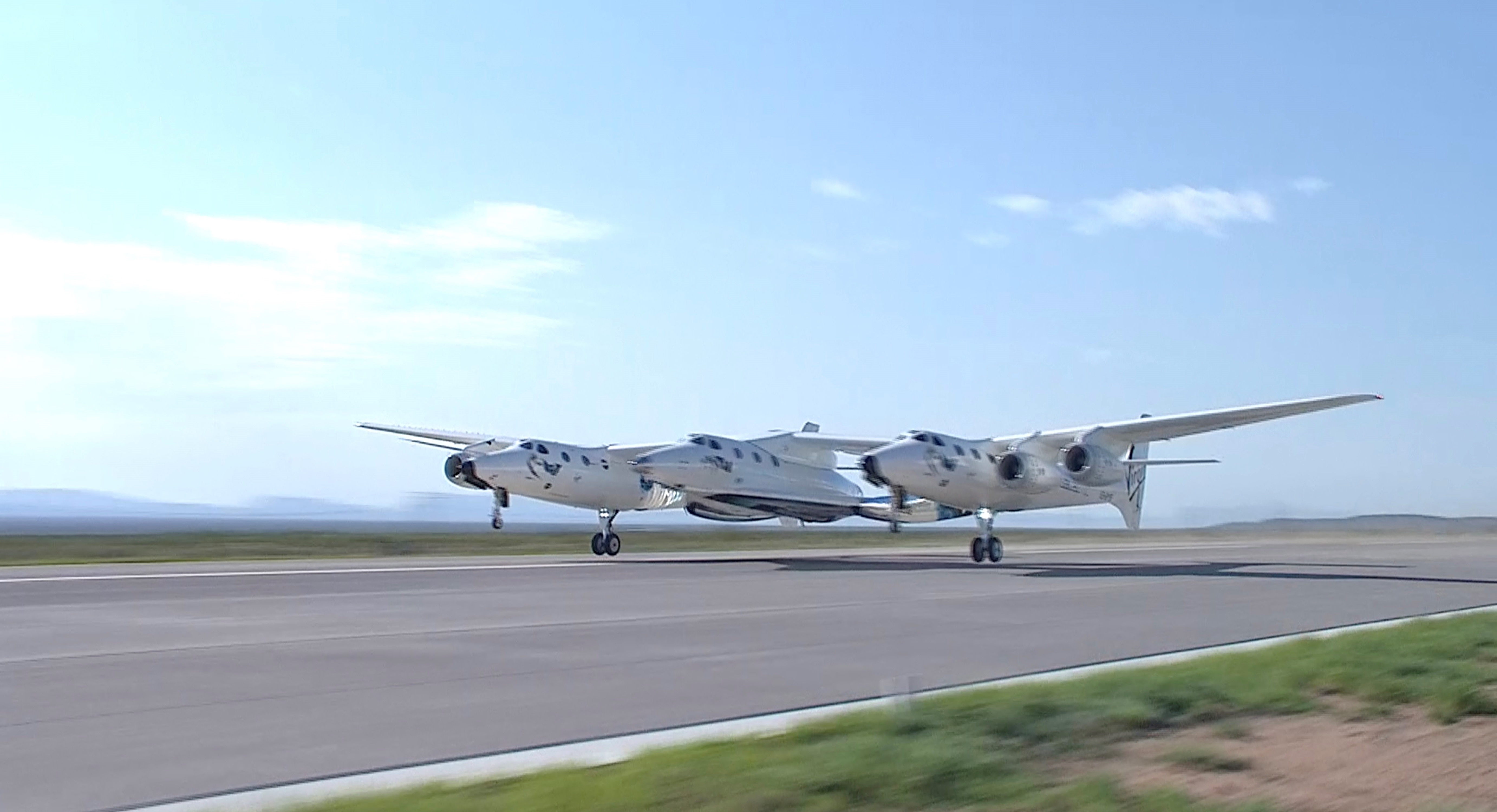 SpaceShip Two Unity 22 took off marking a milestone in the history of space tourism. (Photo: EFE)

“We are here to make the space very accessible to all and impact the new generation of dreamers,” said Branson, after reiterating to his family and the world the message behind the Virgin company: “Make the dream of traveling into space a reality.”

The Virgin Galactic company’s space plane took off at around 0840 local time (12:40 GMT) mounted on the VMS Eve propellant and with all six of its crew on board, including Branson, the founder of the firm. 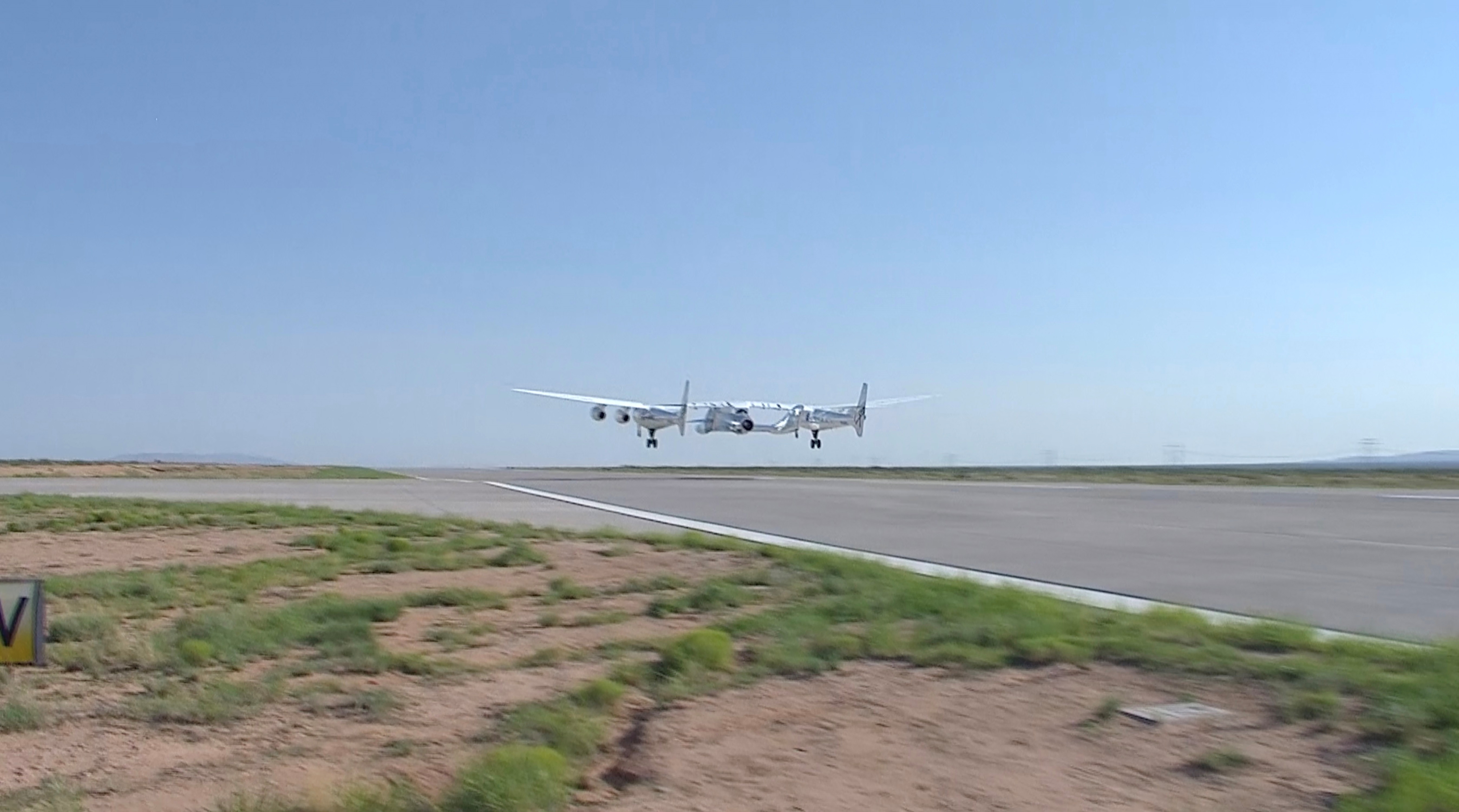 A crew of six, including Sir Richard Branson took off from Spaceport America in New Mexico. (Photo: EFE)

With dimensions similar to those of a private jet, the VSS Unity fluidly separated from the VMS Eve ship, named after Branson’s mother, after reaching a height of about 10,000 feet (just over 3 kilometers), then continuing its journey to the frontiers of space and about 50 miles (80 kilometers) above the Earth’s surface.

About an hour after liftoff, the mission reached space. 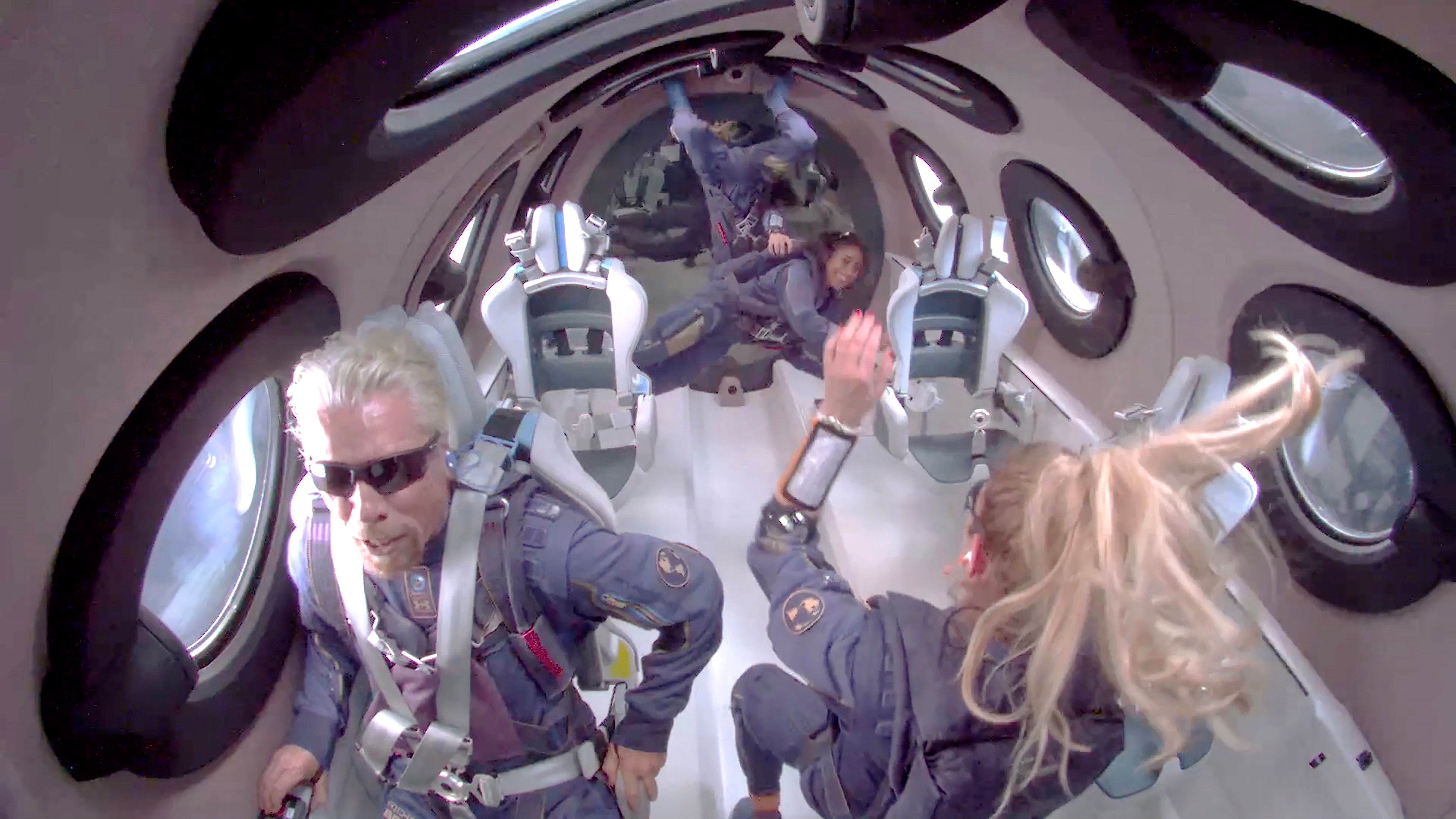 “It was magical,” Richard Branson said upon returning to Earth. (Photo: EFE)

Soon after, the Briton and the members of the Unity 22 mission received a badge accrediting them as astronauts.

Thus ended a day that began with a 90-minute delay due to bad weather, and in which the plane separated from the VMS Eve propulsion ship, named in honor of Branson’s mother, after reaching an altitude of 10,000 feet (just over 3 kilometers).

It was the first of those who are part of “the space race of millionaires”, as the US media have called the space initiatives they lead Jeff Bezos, until a few days ago CEO of the giant Amazon, and Elon Musk, founder of the electric car firm Tesla. 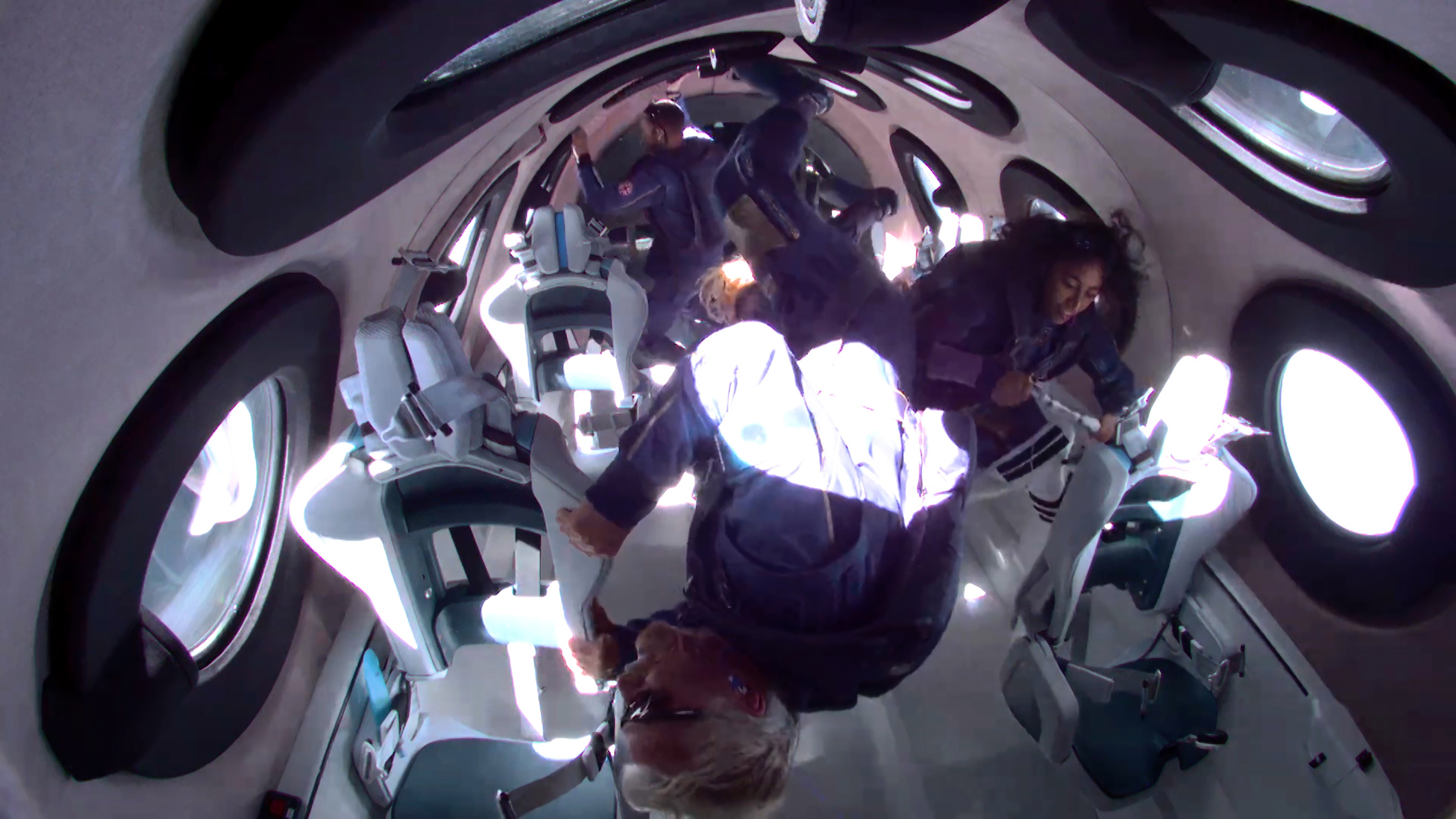 Branson took the lead in the “millionaire race” to conquer space. (Photo: EFE)

Branson, 70, has taken fuel from the matter by ensuring that there is no such race, and even Musk, founder of the private firm SpaceX, and according to some media, one of the attendees at the launch today in New Mexico, wished him good luck to the British in a Twitter message.

Bezos, who in a few days will also travel into space in the New Shepard spacecraft, designed and built by his company Blue Origin, said this weekend that those of Virgin Galatic are not exactly space planes.

The creator of the largest retail company in the world asserted that it is accepted worldwide that above the imaginary Karman line, located 62 miles (99.7 km) from Earth, is outer space and below the atmosphere. land.

This Sunday, however, he also reduced the differences and congratulated the philanthropist for his adventure.

“Congratulations on the flight. I can’t wait to join the club! ”, Bezos wrote on his Instagram account.