During the 90-minute journey, the crew seeks to evaluate different experiences that the space tourism company has promised to its future clients.

This Sunday, July 11, British billionaire Richard Branson made the flight into space aboard the SpaceShipTwo VSS Unity spacecraft in the first trip with passengers from his space tourism company Virgin Galactic. With more than 500 people watching the moment, Branson, 71, took off with five crew members.

The Unity 22 mission began with the launch from the Spaceport America company’s cosmodrome, located in the state of New Mexico, USA. It is the 22nd test flight for the VSS Unity spacecraft and the fourth manned flight for Virgin Galactic .

The flight is also the first to carry a full crew of two pilots and four specialists on missions in the cockpit, including company founder Richard Branson, who is experiencing space tourism for the first time.

The entire mission, from takeoff to return to Earth, is estimated to take about 90 minutes. The spacecraft will be lifted by its double-fuselage VMS Eve aircraft carrier to an altitude of 15 kilometers, then detach and reach 89 kilometers.

With this trip, the crew seeks to evaluate and improve the different experiences that Virgin Galactic has promised to its future customers, such as weightlessness, views of Earth and comfort in the cabin. 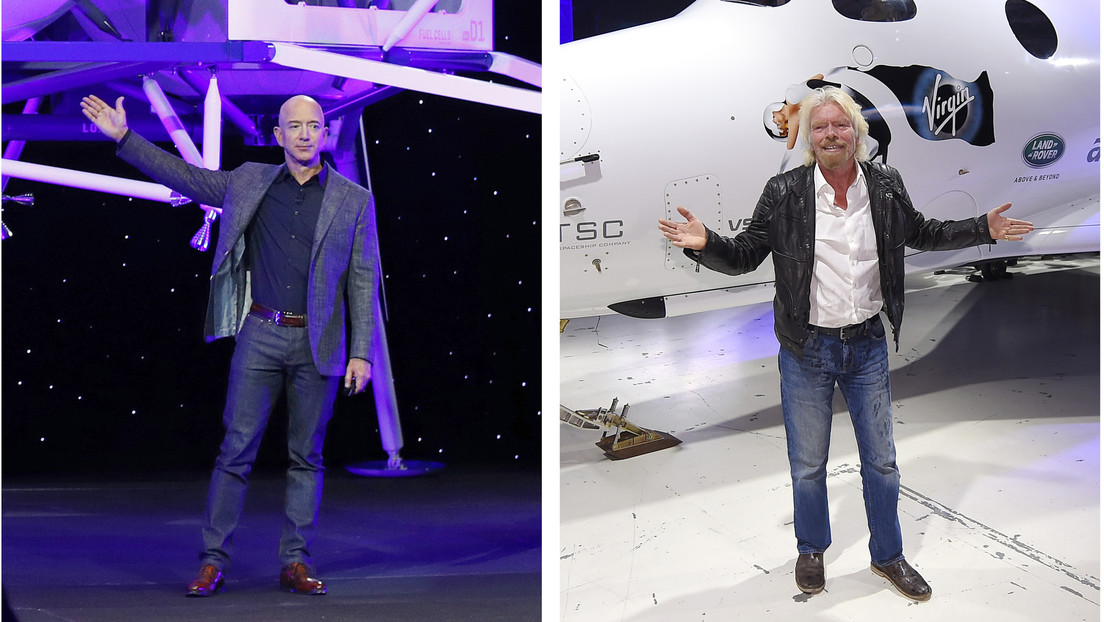 The company has ensured that hundreds of wealthy people have already booked tickets to space for $ 250,000 for each seat for commercial trips that would begin in 2022, and consider, in the future, reducing the cost to $ 40,000.

Also, with the magnate’s participation in this highly publicized event, Virgin Galactic also aims to convey to the public that commercial space travel is safe. An earlier prototype of the craft crashed during a 2014 test, killing one pilot and seriously injuring another. While VSS Unity has made three successful flights since 2018, but only with pilots on board.

This Sunday, July 11, British billionaire Richard Branson flies into space aboard the SpaceShipTwo VSS Unity spacecraft on the first trip with passengers from his Virgin Galactic space tourism company pic.twitter.com/hfgQ8K5stX

Prior to the launch of Virgin Galactic, Blue Origin stated that the flight of its rival could not be considered as space, because the ship will not reach the height of 100 kilometers and therefore it will not cross the Kármán line, considered the division between the atmosphere and outer space. However, the parameter is still debated among the scientific community.