At least 16 people died and several were injured when struck by lightning while taking selfies in a palace complex in northern India.

The incident occurred this Sunday at the top of a 12th century watchtower, the Fuerte Amber, a popular tourist attraction in Jaipur.

At the time, 27 people were in the tower and fortress wall and reportedly some jumpn to vacuum.

A high-ranking police officer told the media that most of the dead were young.

On Sunday alone, nine more lightning deaths were recorded across the state of Rajasthan, where Jaipur is located, according to local media reports.

At least 41 people, Most of them women and children, died in various districts of the northern state of Uttar Pradesh, and another seven died in Madhya Pradesh, also in the north of the country, because of the lightning.

These phenomena kill aace 2,000 people in india every year, according to official data. 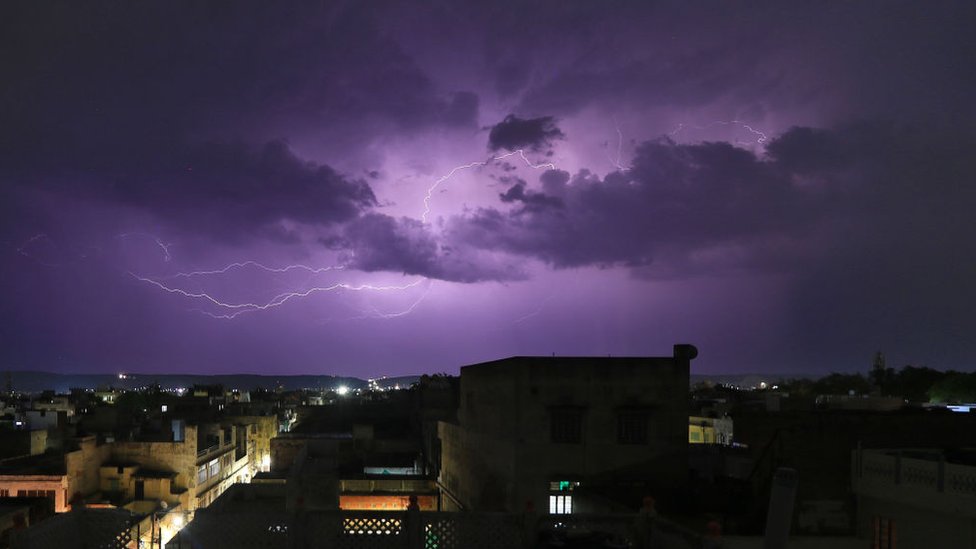 The deaths occurred while the victims were taking “selfies” in a fortress in Jaipur. (Photo: Getty Images)

The monsoon season in India, which brings heavy rains, generally lasts from June to September.

The Indian Meteorological Department (IMD) said the deaths from these electrical sparks they have doubled in the country since the 1960s. One of the reasons he cited was the climate crisis.

The data says that lightning incidents have also increased between 30% and 40% from the early to mid-1990s.

In 2018, the southern state of Andhra Pradesh recorded 36,749 lightning strikes in just 13 hours.

Indian authorities say this type of incident is more common in areas with fewer trees, as people are more exposed to lightning. 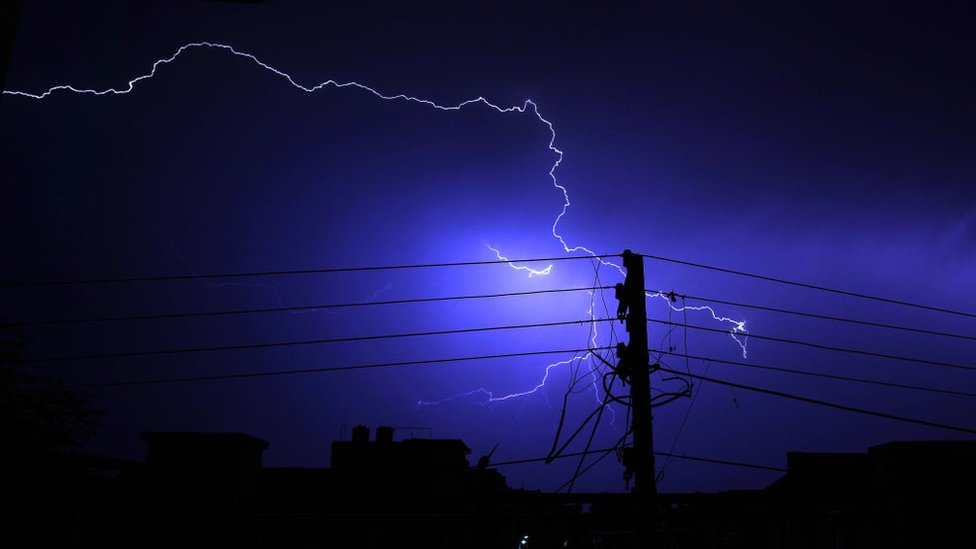 Lightning strikes over the city of Ajmer, Rajasthan, India, during the pre-monsoon rains on June 5, 2021. (Photo: Getty Images)

What to do when lightning strikes

Seek shelter inside a large building or car. Avoid wide, open spaces and clear hills. If you have nowhere to take refuge, make yourself as small a target as possible, squatting down, putting your feet together, wrapping your arms around your knees, and keeping your head inward. Do not take shelter under tall or isolated trees. If you are in the water, swim to shore and get off the beach as soon as possible.