After more than a year of restrictive measures for personal encounters due to the COVID-19 pandemic, some people seem to be eager to have sex with someone outside their commitment to a partner. Based on data from the famous dating site Ashley Madison, University of Minnesota researchers identified the 20 most unfaithful cities in the United States.

According to the number of subscriptions registered on the website between June 20 and September 22, 2020 in different cities in the United States, researchers from the Department of Psychology at the University of Minnesota Duluth determined which are the metropolises of the country where more people are looking for intimate encounters outside of their formal relationships as a couple in this country.

The list of unfaithful cities is headed by two cities on the east coast: Miami and Orlando, to move to a third place on the west coast, specifically Las Vegas, and then distribute in other areas of the country, but particularly to the east.

According to research published in the Journal of Sex Research, women are more likely to seek an affair outside of their formal relationship and, in addition, they tend to be more careful to hide their “satellite” relationships, thanks to their greater ability to multitask.

According to data from Ashley Madison, more than half of the women admitted that sexual relations with their formal partner were no longer satisfactory or were practically nil, so they seek their satisfaction outside the home. In fact, 65% said they no longer felt attracted to their spouse, although 74% said they were still in love.

An interesting 38% of women subscribed to Ashley Madison reported cheating to explore their sexual fantasies, while 45% say they do it to experiment and 39% say they enjoy the novelty that an extramarital relationship provides them.

In fact, other data from the famous dating site has revealed that women in the United States tend to have slightly more sexual partners than the global average, having six versus 5.7 which is the mean. However, in some countries like Mexico, women far exceed that average, having an average of 10 partners.

The complete list of the most unfaithful cities in the USA 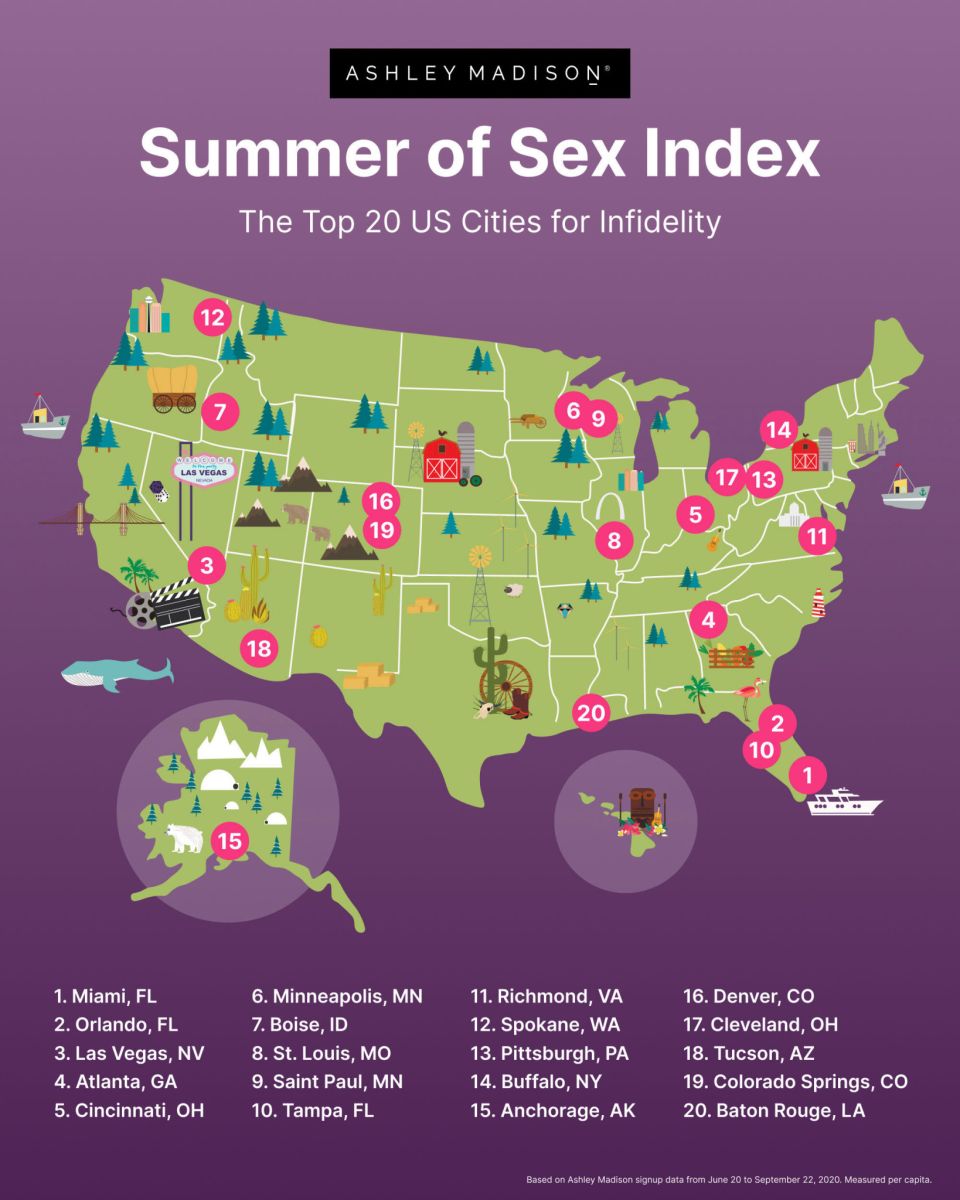 The most unfaithful cities according to data from Ashley Madison. Photo: AshleyMadison.com