“Miguel Pisano”, a 16-year-old high school student from Salvadoran parents, A resident of Boro Park in Brooklyn, since he can remember it has made him uncomfortable that his mother dressed him as a cowboy or a superhero at Halloween parties. He could never express it. Dreamed of a Princess dress.

The father of “Miguel”, a scaffolding worker, repeated to him the few times he saw him at home, that he wanted him to was more “little man”. I saw it very delicate.

With the closure of the pandemic, when classes were suspended and his entire family was left without work, the pressure was worse. To the requirement that change his “behavior” his mother joined.

On January 20, when they prepared a cake for him to celebrate his 16th birthday, a gesture from the teenager before blowing out the candles annoyed the father, who pushed him, yelling at him that his behavior was of a “Female”. In a minute, “Miguel” locked himself in his room. At the stroke of midnight he almost took his own life.

“We have never shared so much time because they work a lot. In my school my classmates support me, they have never made fun of me. But I know I have to leave home soon to be able to continue living. My father does not speak to me ”,“ Miguel ”commented.

Last year the COVID-19 crisis was incredibly difficult for many, but for young lesbians, gays, bisexuals, transgender, queer, non-binary and non-conforming (LGBTQ) as the case of “Miguel” they were months of confinement but also of terrible tensions. There are already very serious investigations that reveal this.

A more tense life in a pandemic

The recent 2021 National Survey from the Trevor Project on LGBTQ Youth Mental Health, sheds some light on many of these challenges, by capturing the experiences of almost 35,000 young people, from 13 to 24 years across the country.

More than 80% of LGBTQ youth stated that the public health crisis that led to a excess of family coexistence, made her life situation more stressful. Only one in three young people in this group found that their home affirmed or respected their identity or gender expression.

Other data put this drama in profile: 45% of young people from LGBTQ minorities of color, thought about committing suicide, the 18% of Hispanic youth 21% of African-Americans also had impulses to attempt against their lives.

The Trevor Project is the world’s largest organization dedicated to preventing LGBTQ youth suicide, and now due to the effects of the pandemic, its managers are concerned that not all will be reached. 1.8 million young people who need the services of the organization.

“Our mission is to end suicide among LGBTQ people, who are still struggling. I also observe that transgender and non-binary youth attempt suicide less, when their pronouns are respected and allowed change your documents officially legal ”, expressed Amit Palet, executive director of this project, which began throughout the country 20 years ago.

These prevention programs, given the certainty that at this time the risk for these groups is greater, now have the challenge of get more volunteers to save and affirm the lives of these young people who, like “Miguel” in many cases, have no one to turn to, or who are marginalized or even mistreated simply because of who they are.

“I took refuge in my classmates, but after i tried to kill myself my mother now has another communication with me. Although everything with my dad is worse. Simply hates me because i’m different. It is interesting to know that you have professional help. Sometimes we are so isolated and that’s when we start to think about the worst ”, commented “Miguel”. 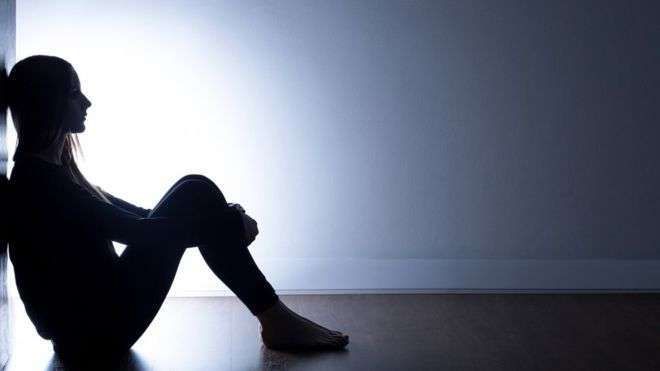 They promote hotlines to serve LGBT youth at risk (Archive)

IN NYC: the aftermath of family rejection

Suicide is the third leading cause of death among young people from 15 to 24 years old in the Big Apple, according to data revealed by the New York City Youth Risk Behavior Survey (YRBS) released by the City.

But based on these analyzes, the average number of suicide attempts was 32% among young people from New York City high schools, who had been harassed and identified as lesbian, gay, bisexual, or who they weren’t sure of their sexual identity.

One in three transgender youth in New York he has seriously considered taking his own life, with two in five reporting having made a suicide attempt in the past 12 months.

Nationally, LGBTQ youth who experience rejection at home have 8.4 times more likely having attempted suicide that their peers who reported low or no levels of family rejection.

In order to provide life support specifically to these at-risk youth, the Trevor project is recruiting volunteers to integrate them to your crisis intervention services.

In this case, these are people who are essential to provide a secure connection so that the LGBTQ youth come out.

This organization offers a wide variety of opportunities for volunteers to get involved in life-saving work. It should be taken into account that those who choose to join these ranks must have at least 18 years to apply.

For example, digital crisis counselors are trained to respond to chats or text messages from LGBTQ youth who communicate with free, confidential, and secure services 24 hours a day, seven days a week when struggling with issues such as “Coming out”, LGBTQ identity, depression and suicide.

Studies have shown that having an accepting and caring adult in the life of an LGBTQ youth can reduce the risk of suicide by 40%.

“The changes are complicated. They take a long time, but we must have people with the capacity in their personal interactions to show love, acceptance and support. It makes a big difference to be affirmative and loving to those who are at risk, “Paley stressed to local media.

Do you want to be a volunteer?

The first step is to register at thetrevorproject.org and submit the application online, there you must create an account and fill in your details. This should take approximately 20 to 35 minutes.
In some cases, they will schedule an interview to do follow-up questions about your application, background checks will be done and you will need extensive training on how to actively listen and help reduce crises.

Trevor’s hotline is the nation’s only crisis intervention and suicide prevention lifeline for LGBTQ youth under the age of 25, call 1-866-488-7386 at any time of the day or night TrevorChat, is an instant messaging service free, confidential and safe for LGBTQ youth
TrevorText, is a service available to LGBTQ youth who can send a text message with START at 678-678 to communicate with a trained counselor in a safe environment.

A risk reinforced by COVID-19:

5 students of New York City public schools have taken their own lives so far this year. While 4 committed suicide in all of 2020. There are no reports of how many of these deaths are specifically associated with depressions associated with rejection of their gender identity or expression.
42% of LGBTQ youth nationwide seriously considered attempting suicide in the past year, including more than half of transgender and non-binary youth, based on 2021 survey from the Traver Project.
12% of white youth attempted suicide compared to 31% of Native American youth, 21% of Black youth, 21% of multiracial youth, 18% of Latino youth and 12% of young Asians.
80% of LGBTQ youth They stated that COVID-19 made their living situation more stressful.
1 in 3 three young people of the gay and trans community found that their home affirmed or supported their gender identity or expression.
70% of LGBTQ youth stated that his mental health was “bad” most of the time or always during COVID-19.
48% of the group consulted they reported that they wanted advice from a mental health professional.
75% of LGBTQ youth reported that they had experienced discrimination based on their sexual orientation or gender identity at least once in their life.