Everyday experience tells us that we sleep and wake up in a rhythm for about a day, which is called the circadian rhythm. But what or who determines this periodicity? There are two factors. The first, the brain itself. The second, environmental stimuli.

The brain has a Internal “clock”, which marks this daily rhythm. In reality, it is a grouping of neurons, called suprachiasmatic nucleus, located in the cerebral hypothalamus. These neurons alternate periods of activity with periods of rest, following a daily cycle.

This internal clock can function independently of any external stimulus, as various experiments in humans have shown. However, it is also modulated by a number of external tracks, such as sunlight.

This is how the light illuminates our sleep clock

How is this modulation carried out? In the retina there is a neural circuit, which perceives light, different from the one that participates in vision. This circuit modulates the production and melatonin release by the pineal gland.

Melatonin, in turn, regulates the activity of the suprachiasmatic nucleus (which we also call the clock) and, therefore, the wake-sleep cycle. This physiological production of melatonin increases progressively a couple of hours before sleeping and reaches its maximum five hours later.

This is the reason why the Melatonin supplement as a possible therapeutic tool for sleep disorders. But when and how should we take it? To do this, we must first identify why to treat insomnia. 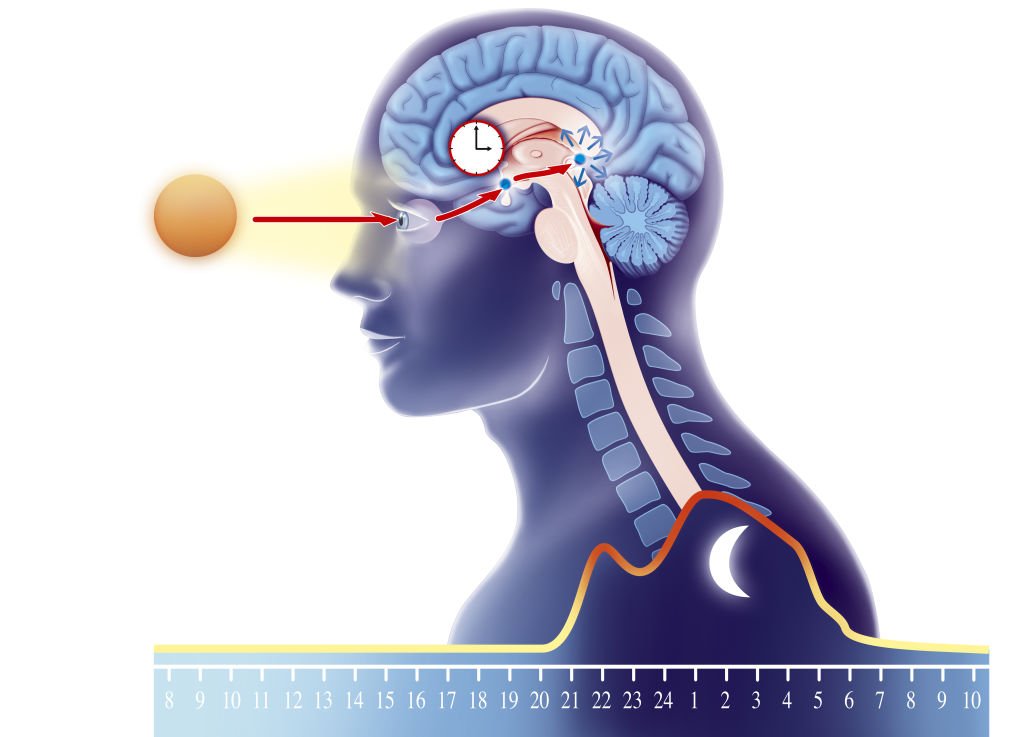 Sunlight modulates the production of melatonin in the pineal gland. (Photo: Getty Images)

Why is insomnia dangerous

Practically all people have suffered or will suffer situations of difficulty sleeping throughout their lives. Most of the cases are transitory, limited in time and coincide with some situation that generates concern or discomfort.

But when a person persistently has difficulty initiating sleep, maintaining it, or waking up early, the quality of sleep is considered poor and does not fulfill its restorative function.

This situation maintained over time can cause chronic insomnia, although there are a very high number of sleep disorders. Each of them requires a specific diagnostic and therapeutic approach.

Of all of them, in this article we will focus on insomnia, which predisposes to a series of psychiatric disorders, such as depression, anxiety, and substance abuse.

When a person has this condition, the alert system, in which the sympathetic nervous system participates, is hyperactive and increases its response to stressful situations.

This situation has a negative impact on health and facilitates a series of metabolic disorders such as obesity and diabetes. Most insomnia are of the type psychophysiological insomnia. 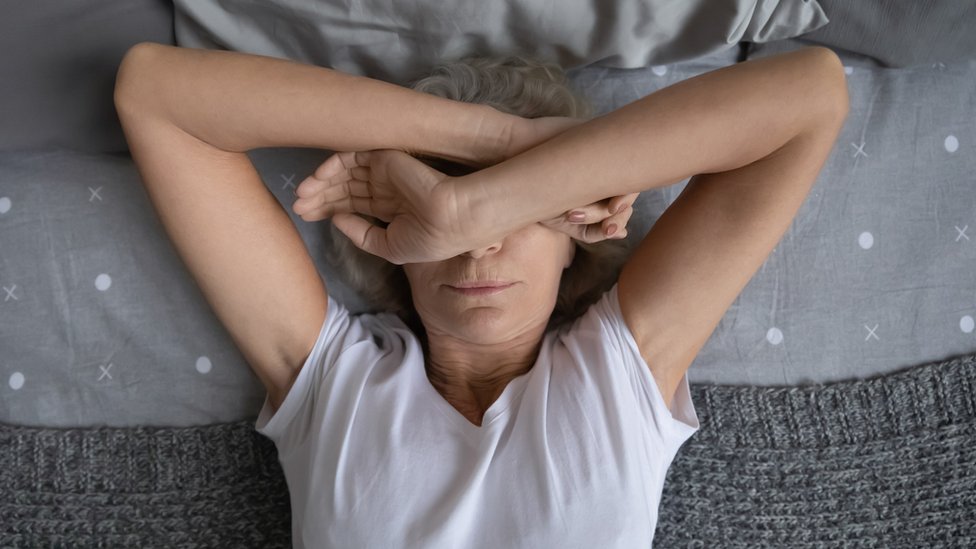 We have all suffered or will suffer from insomnia from time to time. (Photo: Getty Images)

How can melatonin help you fall asleep?

Different investigations have observed that, when melatonin is administered to patients with insomnia, there is an increase in the total time of sleep, its efficiency improves and the time at the beginning of the latency to phase 2 is reduced. Why does this happen?

The neurons of the suprachiasmatic nucleus possess two receptors. Melatonin joins them, which is responsible for modulating different aspects of sleep. That is, these receptors work like two locks to which the same key (melatonin) is attached, causing different effects.

The development of substances chemically similar to melatonin, which managed to bind specifically to lock 1 (MT1) or to lock 2 (MT2) would therefore allow modulate different aspects of sleep.

When to take melatonin

Melatonin is effective in improving the alterations that occur in the wakefulness and sleep cycles. Perhaps the best known is the jet-lag, in which there is a mismatch between the internal clock and the external tracks.

The same happens with shift workers, who frequently change work from morning to night and vice versa. In these cases there are also mismatches in clocks. 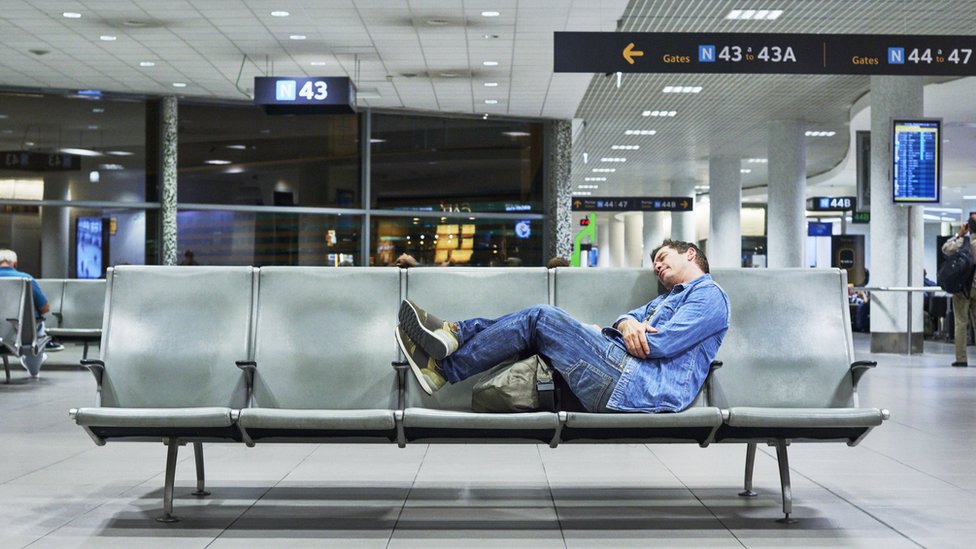 Jet-lag, or a mismatch in the circadian cycle, is common in people who travel. (Photo: Getty Images)

All these situations benefit from the use of melatonin, since in experimental animals it has been observed that the neurons of the suprachiasmatic nucleus are inclined towards the sleep phase with this supplement.

Its use is authorized in Europe for the treatment of primary insomnia in people over 55 years of age. However, although melatonin is available over the counter, any persistent sleep disturbance should be consulted with a sleep specialist.

The ideal is diagnose and establish the most appropriate treatment for each case, as there is not enough information regarding side effects. Various mild or moderate effects have been described, so more studies are needed to clarify this aspect.

How to take supplements to make them more effective

On the other hand, the contribution of tryptophan (an essential amino acid) in the diet would facilitate sleep, especially if consumed a few hours before sleeping. This is the precursor to both melatonin and serotonin, which is also involved in the brain’s sleep circuits.

The foods that have the highest tryptophan content are bananas, pineapple, avocado, milk, eggs, oily fish or dried fruits such as walnuts. It is convenient to combine them with foods that contain omega 3 fatty acids, calcium, zinc, magnesium and vitamin B. These are necessary to convert tryptophan into serotonin and melatonin in the brain and, in addition, act as muscle relaxants. 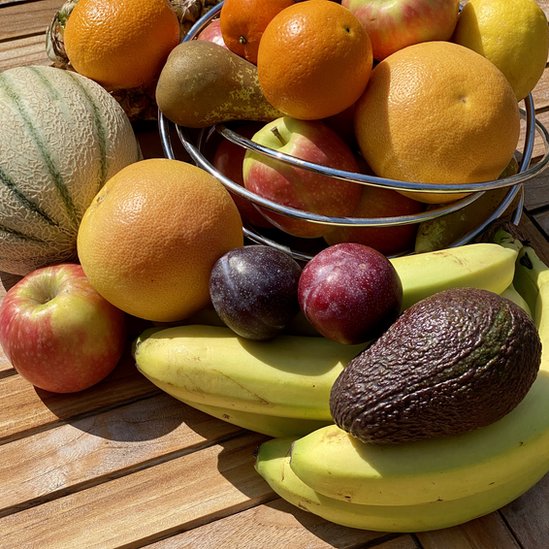 What foods promote good sleep? Avocados and bananas are good, but it is not advisable to consume citrus fruits such as oranges before bed. (Photo: Getty Images)

Likewise, for the metabolism of tryptophan in the brain to be more efficient, we can include carbohydrates in our diet, which stimulate the secretion of insulin and the use of this amino acid.

On the contrary, it is not recommended to consume foods such as red meat and sausages at night, which are rich in tyrosine. This is an amino acid from which the brain gets catecholamines and dopamine.

These two substances participate in the brain circuits that regulate wakefulness and make us stay awake. Fruits rich in vitamin C or drinks such as tea or coffee do not facilitate sleep either. Therefore, it is better to leave these products for the morning strip.

These are some of the natural supplements available to regulate sleep. However, it is important to first consult a specialist and find the reason for insomnia if we think we are experiencing sleep problems. Likewise, we must not ignore psychotherapy and hygiene measures, all of which are tremendously important.

* José Luis Relova Quinteiro is Professor of Physiology, University of Santiago de Compostela, Spain. His article was published in The Conversation, the original version of which you can read here.

Insomnia: these are the foods that increase the production of melatonin

Insomnia due to the coronavirus: the phenomenon that is preventing us from sleeping during the pandemic