Although it is a small country of just 390,000 people, the Bahamas has become a great laboratory by creating the sand dollar, the world’s first digital currency issued by a central bank.

Just as China is experimenting with the digital yuan in several cities, the Bahamian government has also embarked on the adventure of massifying the use of its Bahamian dollar, but in a digital version.

The idea is that the inhabitants of the country have a kind of digital wallet to make transactions from your phone, without being obliged to have a bank account, or to pay commissions or transaction costs.

This virtual wallet is “stored” in the country’s central bank and not in commercial banks.

Traditionally, the central bank of a country is the institution that prints the banknotes that are put into circulation. In this case, instead of printing on paper, the organism creates digital dollars that circulate virtually.

The experience is unprecedented globally because until now only financial institutions have had a direct relationship with the issuing entity and not consumers.

Unlike cryptocurrencies like bitcoin, sand dollars are controlled by the monetary authority and subject to all the regulations that exist in the country.

The archipelago of more than 700 islands decided to make the leap towards a digital currency, explains the government, having a population with little banking, but also because it is a nation hard hit by natural disasters such as hurricanes.

So when roads are cut off and some areas are cut off, it can be easier for people to send and receive money from one cell phone to another in a matter of seconds. 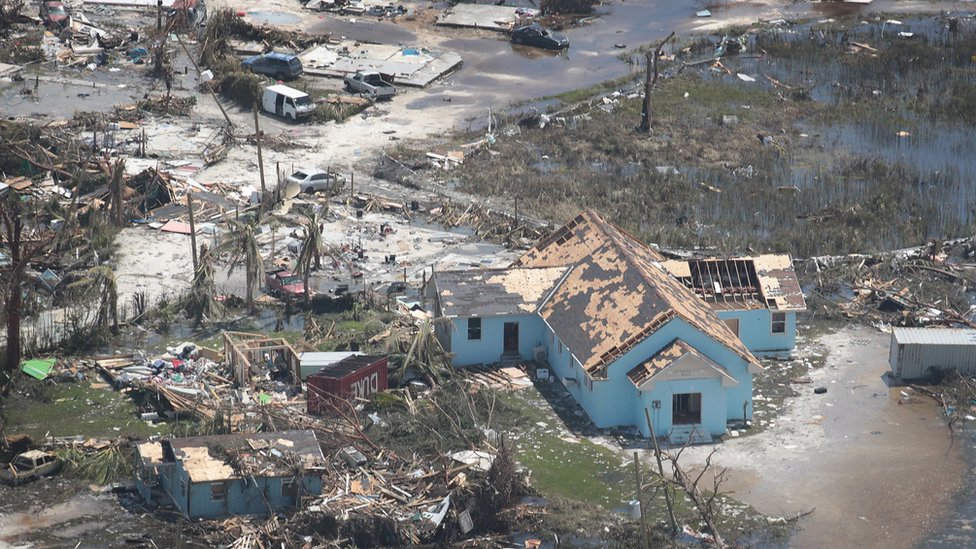 All they need is to have an internet connection. Although the possibility of making transactions without internet access is also being studied, using, for example, bluetooth.

Since it is not feasible for banks to have branches and ATMs in remote islands, sparsely inhabited and exposed to extreme weather events, on many occasions banknote transactions are a real problem.

Another boost to the Bahamian government initiative came from the covid-19 pandemic, as the need for people to carry out digital transactions increased.

A difficult road to travel

Using blockchain technology to secure transactions, a sand dollar has the same value than a Bahamian dollar.

It was designed to operate alongside the country’s traditional currency and the government’s goal is to eventually pay salaries, taxes, and buy all kinds of products.

But things have not been easy.

Launched in October 2020, the plan has not progressed so fast as its promoters thought. 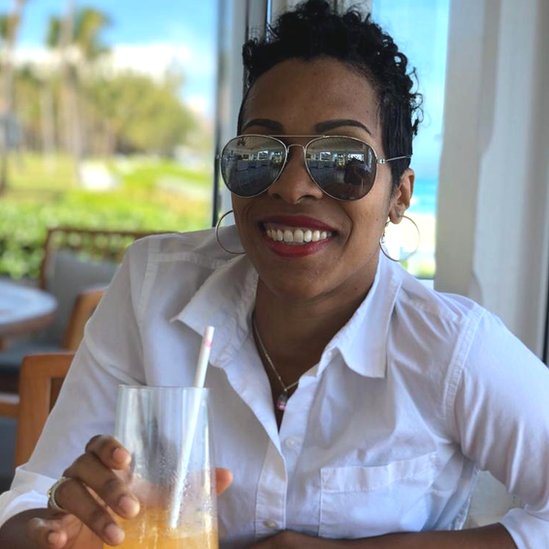 Dawn Sands Dawn Sands, owner of the NRG café in Nassau, Bahamas, can receive payments in sand dollars, but says “almost no one uses them.”

Dawn Sands is the owner of NRG Cafe in Nassau, the capital of the Bahamas. His company was one of the first to join the experiment, but almost 10 months after its launch, he says that customers are still paying with traditional Bahamian dollars (either on paper or with a bank card).

“The sand dollar has potential, but it takes a education campaign for people to use it ”, Sands tells BBC Mundo. “Almost nobody uses them in my business,” he says.

The Bahamas plan may give clues to other economies about how digital currencies backed by official institutions can work. 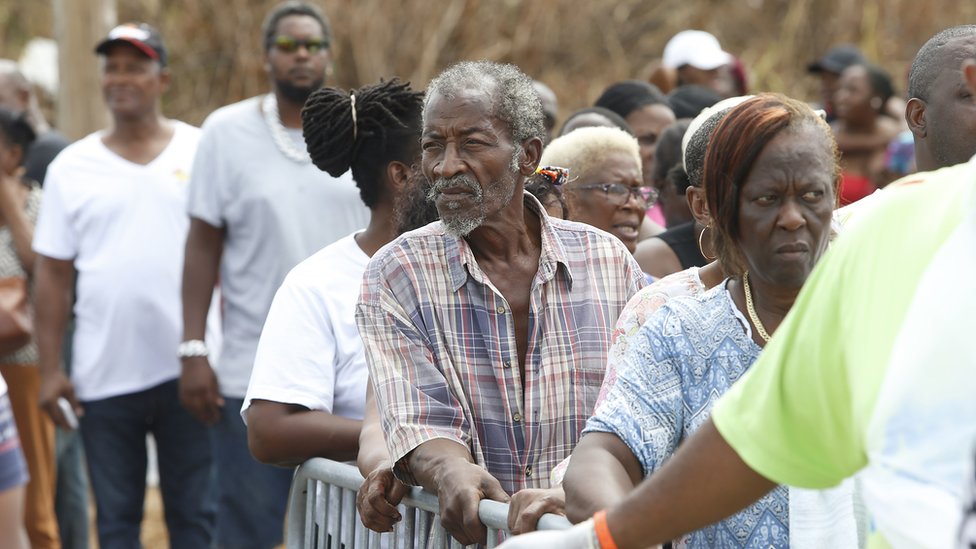 Getty Images Many Haitians do not have access to the banking system.

“Everyone is interested in it, I think it is the first step,” says Philip Middleton, vice president of the center for central banking studies at the Official Forum of Monetary and Financial Institutions (Omfif, for its acronym in English). , based in London.

“We are observing how they make the transition, what risks and what security issues may appear along the way,” he says.

“There are some people who are using it and that is encouraging, but it’s going to take time“. 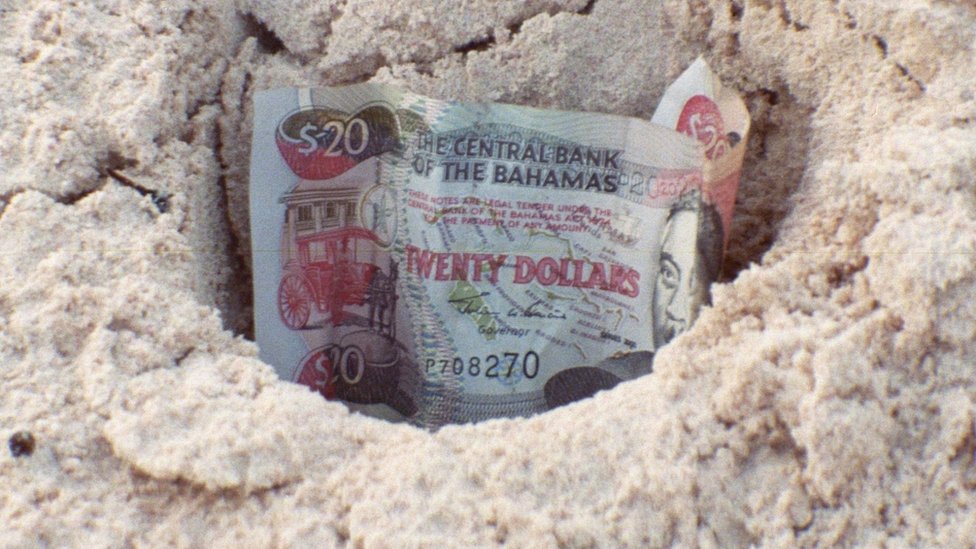 Getty Images The sand dollar has the same value as the Bahamian dollar.

Since the middle of last year, Middleton says, interest in “official” digital currency analysis has exploded. So much so that at least a third of the world’s central banks are studying the issue.

But in the case of large economies, “we are still far from issuing this type of currency.”

“It has been very successful so far”

Josh Lipsky, director of the Center for Geoeconomics at the Atlantic Council, in Washington DC, explains that some 15 countries are developing pilot programs to create their own digital currencies, but so far, the Bahamas “is the only nation where anyone who wants to have the digital currency , can do it”.

“The project has been very successful so far,” he says in a dialogue with BBC Mundo, in a country where it is difficult to manage an economy based on banknotes in the most distant islands in a safe and fast way.

“We have seen that it has had a positive impact on small businesses,” he adds, and argues that the technology behind it has proven to be efficient.

However, he warns, the Bahamas has a very particular situation, which does not mean that the things that have worked there will also work in other countries. 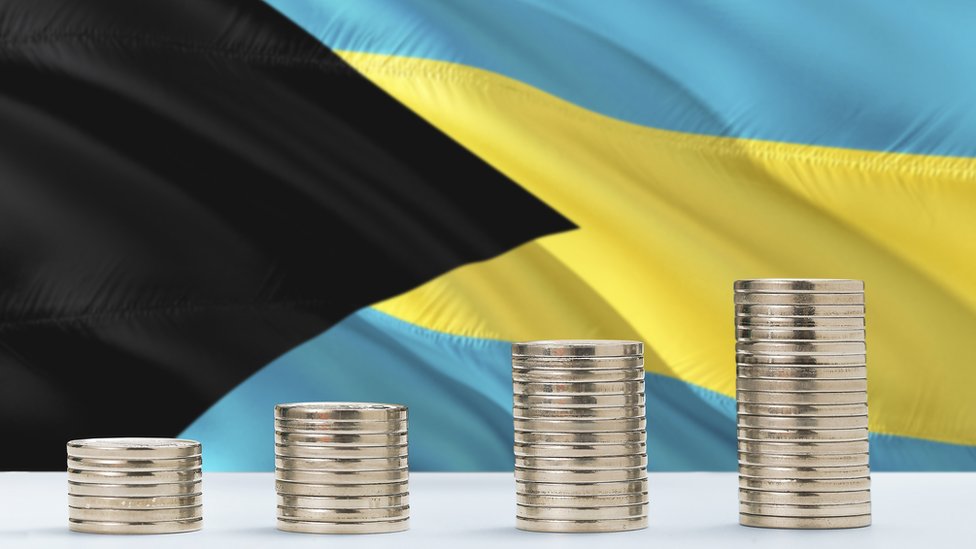 Getty Images Bahamas seeks to facilitate commercial transactions in a country with more than 700 islands.

Researchers and international organizations are waiting to see how the experience evolves.

“The sand dollar is still young and its release has been gradual, so It’s too soon to extract definitive lessons ”, argues Anke Weber, head of mission of the International Monetary Fund, IMF, in Bahamas.

What he intends, he explains, is that the payments are more efficient and safe, in addition to increasing financial inclusion. Then, when evaluating, it would be necessary to consider these aspects, Weber tells BBC Mundo. 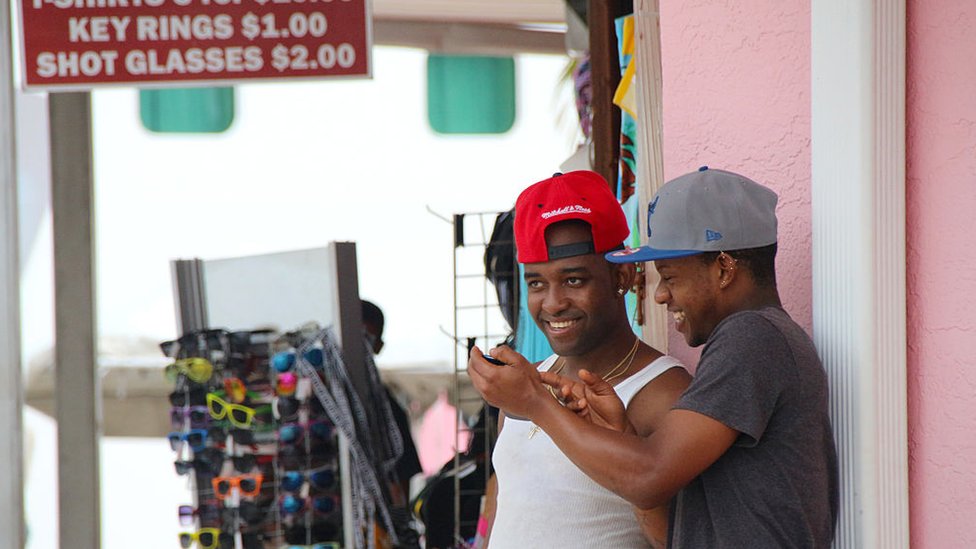 Getty ImagesPeople who use sand dollars don’t need to have a bank account.

What they do is represent in virtual form the traditional currency of a country. But they differ from electronic money used to pay with bank cards, because they do not require having their equivalent in paper bills stored in the bank.

In that sense, they replace credit and debit cards.

China is the most advanced economy in the development of its CBDC, the digital yuan, with which it hopes to reduce its dependence on the global dollar payment system.

As developed countries explore how best to adapt their financial systems to technological developments, the Bahamas experience will be closely watched by other governments to learn lessons on how similar projects can work in practice.

For this reason, the Bahamas is said to have become a great laboratory for the rest of the world.