It has been 7 months since the British Margaret Keenan received the first vaccine against COVID-19 in the world and started a battle against the pathogen against the clock.

Countries like the United Kingdom, Israel or the United States seem to be close to the required level of vaccination to assess the return to normality.

These seven months of mass immunization have also been marked by uneven rhythms between rich and poor countries and the threat of new variants.

Although the majority of approved vaccines show high effectiveness against serious cases and deaths, several unknowns have arisen during vaccination campaigns.

Will we need a third dose? Are vaccines really the way out of the pandemic?

At BBC Mundo we address these and other key questions.

Will I need a third dose of the vaccine?

Putting a third dose is a debate fueled by several facts in recent weeks.

Pfizer is preparing to request a third booster dose to US regulators.

The UK public health system values ​​doing it for the most vulnerable patients.

AND Israel has already started giving it to cancer patients, transplant recipients and others who have suffered decreased protection from the vaccine. 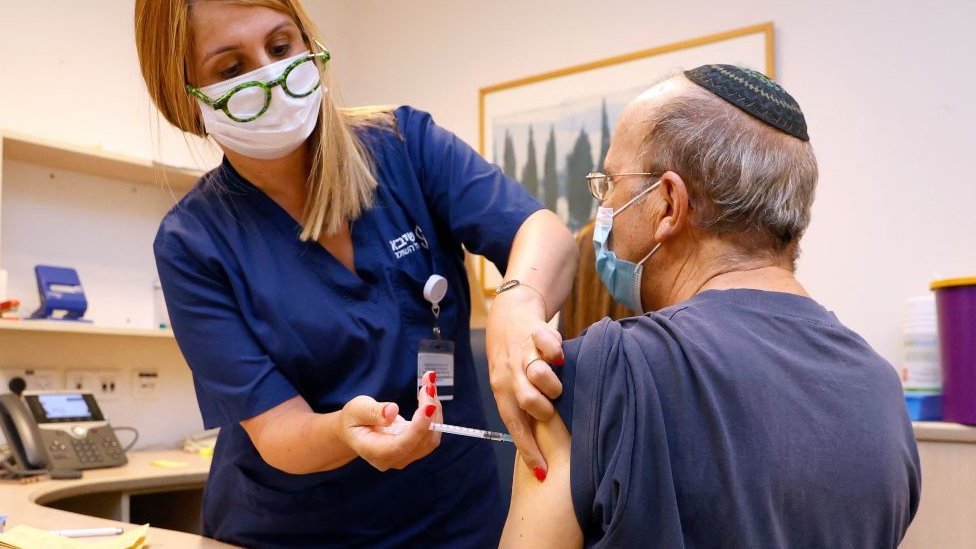 Israel and the United Kingdom experienced several weeks of collapse in cases, hospitalizations and deaths, but recently reported a considerable spike in infections, fueled by the advancement of the most contagious Delta variant, first detected in India.

Experts analyze what will foreseeably be the first experiments to administer a third puncture, although the World Health Organization (WHO) opposes and insists on prioritizing donating doses to the most lagging countries.

Dr. Andrew Badley, from the Mayo Clinic in the US, explains that “currently not enough data to support the use of a booster vaccine for no patient ”.

“Vaccines such as those from Pfizer, Moderna or Janssen are highly effective in protecting against severe symptoms, hospitalizations and deaths of any variant, including Delta,” he argues to BBC Mundo.

“There are infections in people with a complete vaccination schedule, but this is not as a priority for public health as hospitalizations and deaths. Although they are reported vaccinated with symptomatic infection, in general the severity has not been high “, adds Wilbur Chen, from the University of Maryland School of Medicine in the USA. 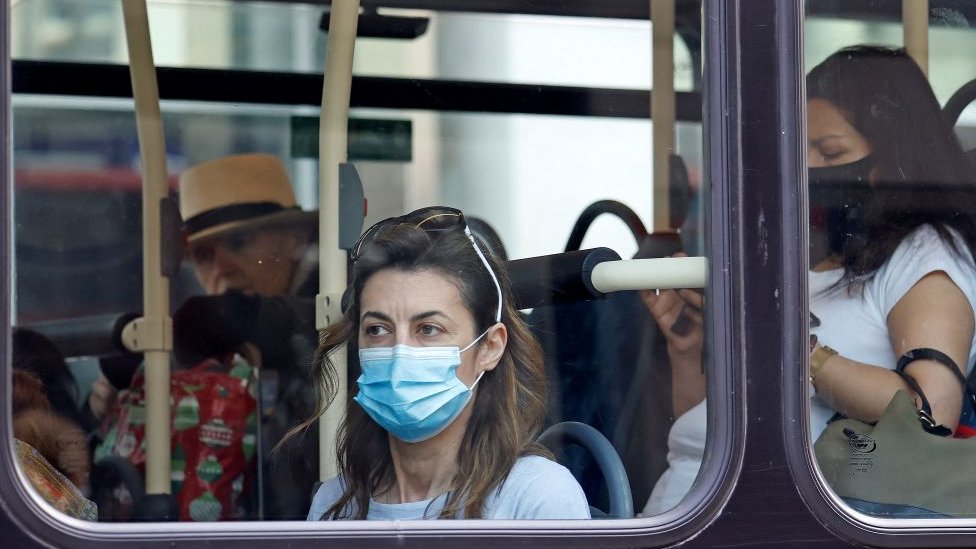 The rapid expansion of the Delta variant has further accelerated vaccination in the UK and raised questions about how much the vaccines will protect. (Photo: TOLGA AKMEN / GETTY)

“Vaccination continues to protect against the most severe forms of the disease ”, agrees with Badley.

In the future there may be exceptions.

“It’s possible that a more vaccine-resistant variant would require a dose specifically designed for that mutation,” says Badley.

“I don’t know if this could happen in the ‘near’ future,” Chen tells BBC Mundo.

Keep in mind that not all of us respond the same to vaccines.

“Especially those with a weakened immune system, like patients who have received an organ transplant.”

That is why, although it is not fully understood now, “it would be nice to have booster dose approved by regulators, ready to use in case we need them, “says William Schaffner, professor of preventive medicine at Vanderbilt Medical University in Tennessee, United States.

In short, it is now difficult to say whether the general population will need that extra dose. Everything will depend on how long the immunity offered lasts and the variants that appear. Which brings us to the next question. 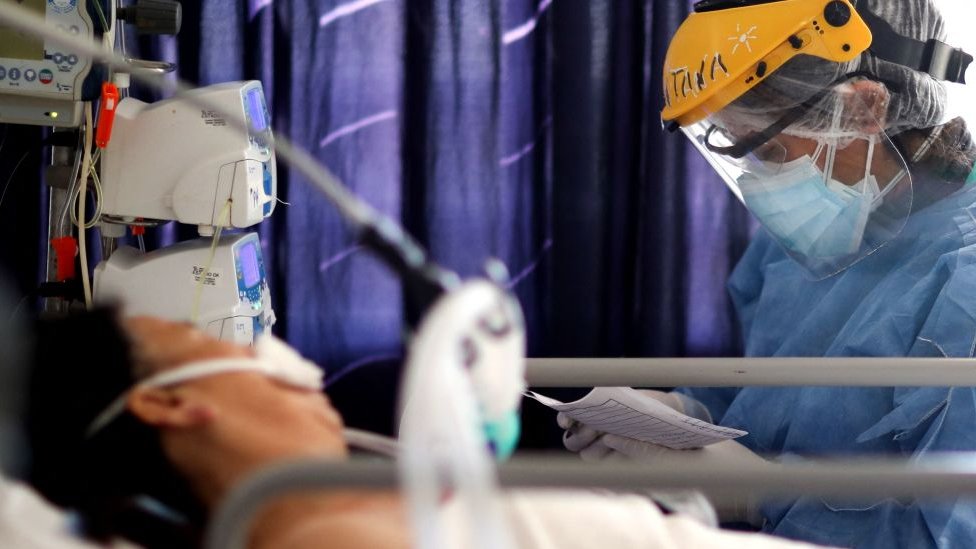 So far, vaccines continue to demonstrate high effectiveness against variants, including Delta, which is rapidly advancing around the world. (Photo: NICOLAS AGUILERA / GETTY)

“As with supermarket products, you expect a short shelf life for fruits and a long shelf life for canned foods. What about vaccines? ”Wilbur Chen compares.

That we have been vaccinated for 7 months implies that there is no strong evidence about how long the long-term protection lasts.

The more time passes and the more data we have available, the better scientists will be able to assess when protection begins to fade.

“Some vaccines that we know of only protect for a short period of time, such as annual influenza or typhoid, and for these you need booster doses. Others last a long time, such as yellow fever or measles, ”Chen contextualizes.

Another reason why it is difficult to know how long the protection of vaccines lasts is because of the type of defense that our body uses to neutralize the virus.

“The levels of antibodies are not always predictive protection. Current data suggest that B cell memory may be more reliable. When it is better understood, then we may need a booster dose for immunity that wanes over time, ”Badley explains. 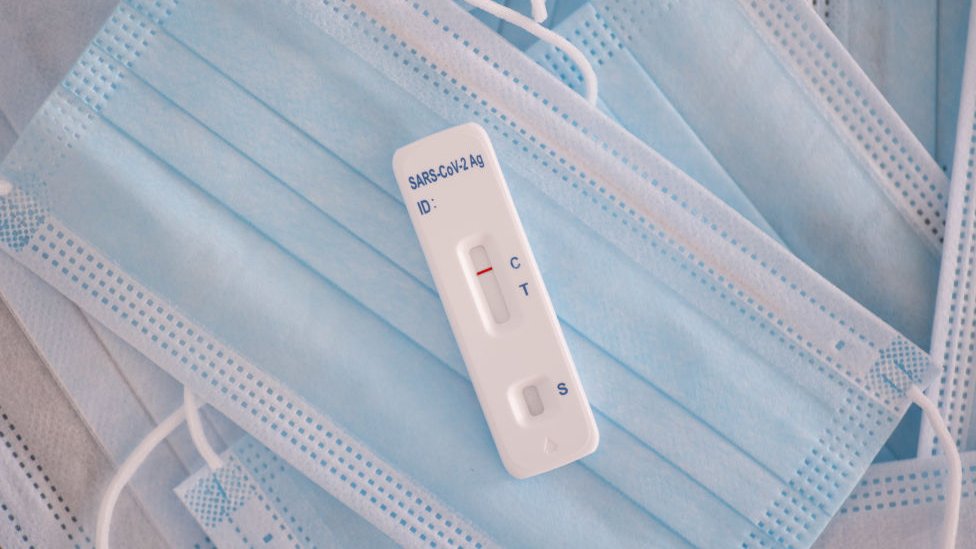 There is much talk about how long we maintain antibody levels after being infected or vaccinated, but these are not the only way to measure how protected we are. (Photo: Getty Images)

Experts ask to distinguish between booster doses and dose modifications.

The former are intended to extend protection. The second to fight new variants.

“If a new variant evades the protection of vaccines we have that it’s something very different. A new vaccine would be required to neutralize the new variant, ”explains Schaffner.

In that case, experts say that modifying a vaccine is a process “easier than creating one from scratch and that it would be done relatively quickly, in weeks or a few months.”

In addition, there is already a long experience modifying vaccines.

“Every year the circulating variants of influenza are analyzed throughout the world, which do not always coincide in the same hemisphere or continent. Then, each country prepares specific vaccines for these variants. Something similar would happen with the coronavirus if it were the case, “Dr. José Manuel Bautista, professor of the Department of Biochemistry and Molecular Biology at the Complutense University of Madrid, in Spain, explained to BBC Mundo a few months ago.

In any case, to prevent new variants from harming current immunization efforts, it is necessary to control the virus and protect the largest number of the world’s population as soon as possible.

That is why the WHO has spoken out against thinking about booster doses without first achieving high levels of global immunization.

How long can it take to vaccinate the whole world?

In many of the richest countries, such as the United States, the United Kingdom, Israel or the members of the European Union, vaccination averages 50% of the population, already close to group immunity. 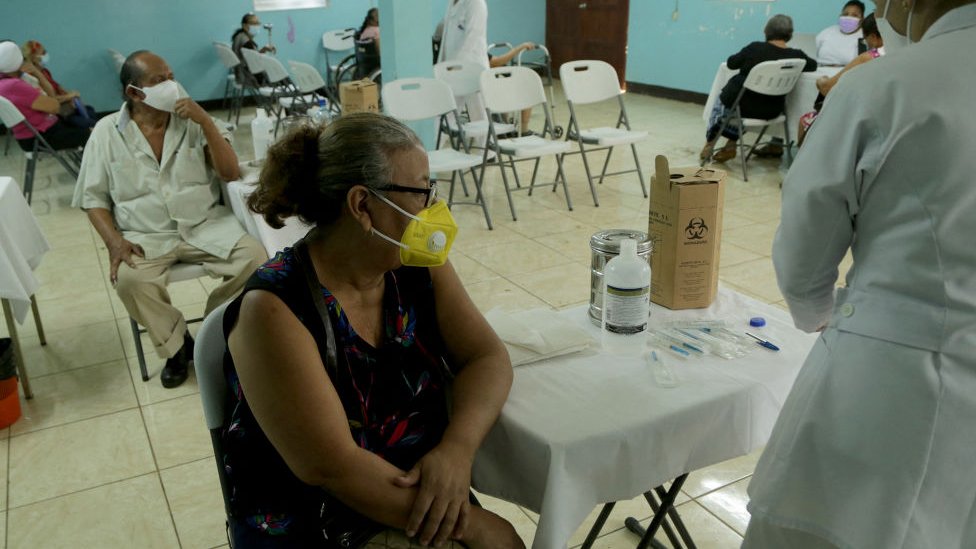 Countries with fewer resources, such as Central America or Africa, barely reach more than 10% of the total immunized population. (Photo: MAYNOR VALENZUELA / GETTY)

However, countries with fewer resources are going at a much slower rate. In Latin America, except Chile, most countries have vaccinated between 10% and 40% of their populations. In Central America even less.

In Africa, many countries do not exceed 10% of vaccinated.

In a recent interview with BBC Brazil, John McConnell, editor-in-chief at The Lancet, one of the world’s most prestigious scientific journals, revealed that at the current rate it will be necessary until 2023 so that vaccines are available to everyone in the world.

“The world community needs to assist many countries that do not have effective vaccination programs. Beyond humanitarian reasons, there must be a self-interest in suppressing covid-19 globally to prevent the appearance of new variants that later spread, ”says Schaffner.

“We cannot further divide the world by prioritizing booster doses when there is still no scientific evidence to justify it. This it will only benefit rich countries ”, Chen agrees.

Will global vaccination mean the end of COVID-19?

Since the pandemic began, it has been said that group immunity, overcoming the disease or vaccinating ourselves, would mean controlling the pandemic.

Control is not the same as eradicate. The latter is a possibility that some scientists see increasingly far, even impossible. 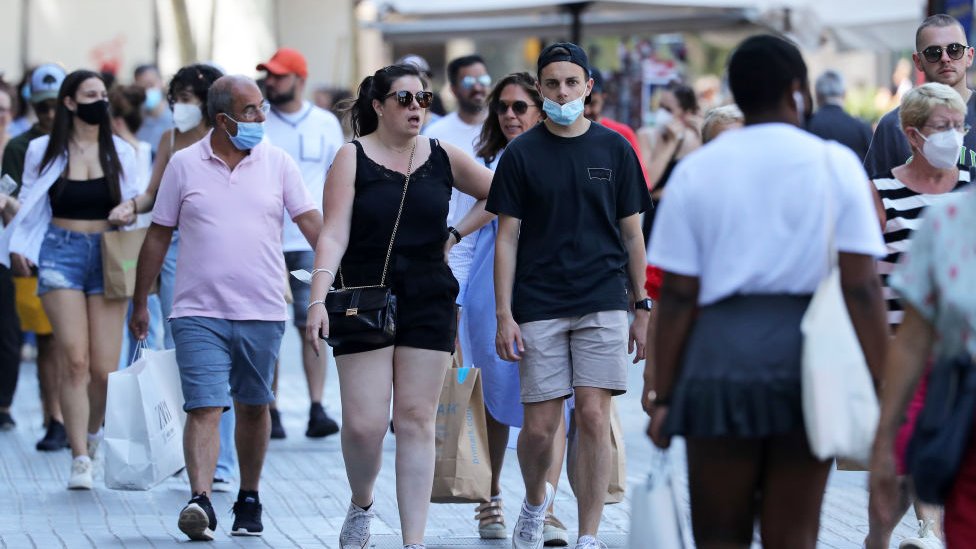 Several signs suggest that we will have to learn to live with the coronavirus, even if we have already been vaccinated. (Photo: Getty Images)

“Anticipating ‘the end of the coronavirus forever’ is something we must avoid. It’s not possible. Like influenza, Sars Cov-2 is already part of our microbial environment and we will have to deal with it. This virus is part of the ‘new normal’Schaffner points out.

It is something that some governments are also beginning to assume.

Amid a significant increase in cases after vaccinating more than half the population, The UK has already decided to lift all restrictions on July 19.

The measure generated controversy and scientists consider it risky. However, the British Health Minister, Sajid Javid, defended it on the grounds that “you had to learn to live with the virus” and that “there was no perfect time to reopen the country.”

With the near impossibility of eliminating the virus completely, Wilbur Chen has some hope, although only on a plane that is now purely theoretical.

“If in theory we vaccinate young people, the elderly, adults and children, we may have the possibility of eliminating the virus, which would not prevent a new virus from emerging,” explains the academic.

“We eliminated smallpox with vaccines and we almost eliminated polio as well, although now we can clearly see that infections are re-emerging in areas where it has not been possible to maintain active vaccination,” he exemplifies.

Scientists insist that understanding this virus takes time and is a constant process. Some unknowns will be cleared up, new ones will emerge. What is clear is that the best weapon, vaccines, we already have.

The slogan is to keep vaccinating and faster and faster.

All the benefits of mixing and matching coronavirus vaccines