At 10:30 p.m. on a cold December night in 2019, a former global auto industry titan was inside a box aboard a plane, waiting to flee Japan.

“The plane was scheduled to take off at 11 at night,” recalls Carlos Ghosn.

“The 30 minutes that I was in the box on the plane, waiting for takeoff, was probably the longest wait I have ever experienced in my life.”

Now, for the first time, the man who was once the boss of Nissan and Renault has detailed his reckless escape.

In an exclusive interview with the BBC, Ghosn recounts how he managed to go unnoticed on the streets of Tokyo, why a large box of stereo was chosen to be hidden away from Japan and the euphoria he felt when he finally landed in his country natal, Lebanon.

“The exciting thing was that I will finally be able to tell the story,” he said.

Ghosn was arrested in November 2018 over accusations by Nissan that he had reported a lower-than-real annual salary to authorities and wasted company funds, something he denies. 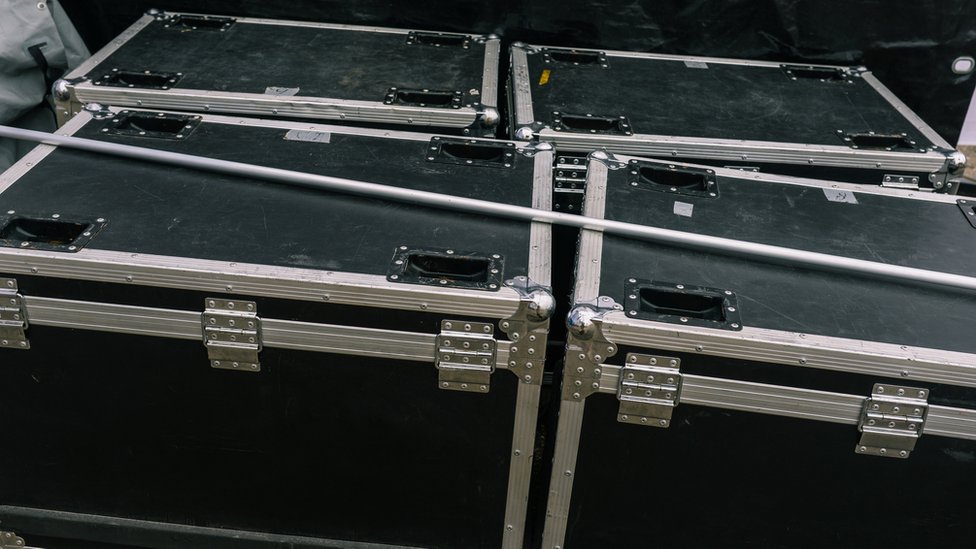 At the time, Ghosn was the president of the Japanese automaker. He was also president of France’s Renault and head of an alliance between the two automakers and Mitsubishi.

His initially controversial cost cutting at Nissan was later seen as the automaker’s salvation and Ghosn became a highly respected and recognizable figure.

But he insists that he was a “collateral damage” in Nissan’s fight against the growing influence of Renault, which still owns 43% of the Japanese company.

Describing the moment of his arrest at the Tokyo airport three years ago, Ghosn says it was “as if you were hit by a bus or something really traumatic happened to you.”

“The only memory I have of this moment is shock, trauma,” he added.

Ghosn was taken to the Tokyo Detention Center, where they gave him prison clothes and confined him in a cell.

“Suddenly I had to learn to live without a watch, without a computer, without a telephone, without news, without a pen, nothing,” he said.

For more than a year, Ghosn spent long periods in custody or house arrest in Tokyo after being placed in bail.

It was unclear when a trial would take place (it was feared it could take years) and Ghosn faced another 15 years in prison if convicted, in a country that has a 99.4% conviction rate.

It was during a period of house arrest, when he was told that he would not be allowed to have any contact with his wife, Carole, that he decided to seek a way out. 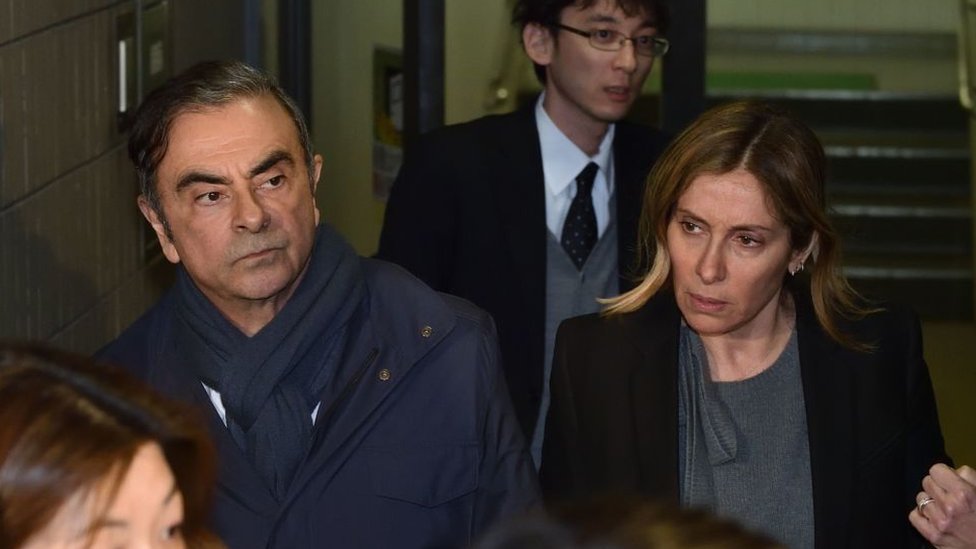 “The plan was that I couldn’t show my face, so I had to be hiding somewhere,” he said. “And the only way I could hide was to stay in a box or in a suitcase so that no one could see me, no one could recognize me and that way the plan could work.”

The idea of ​​using a large box that is generally used to transport musical instruments “was the most logical, particularly since at this time there were many concerts in Japan.”

But how could someone so famous – and now infamous – in Japan get from their home in the capital to an airport and flee?

The plan consisted, Ghosn said, behave as normally as possible that day. “It should be a normal day where I take a regular walk with normal clothes, normal attitude and suddenly, everything changes.”

Ghosn would have to swap the suits he had worn for years as a high-profile auto executive for something a little more casual. Think about jeans and sneakers.

“You can imagine that I had to go to places I had never been, buy clothes that I had never bought,” he said. “All this to have the maximum chance of success without attracting attention at all.”

From Tokyo, Ghosn traveled by bullet train to Osaka, where a private jet waited at the local airport to depart. But first, the box, which was waiting for him at a nearby hotel.

“You are not afraid, you have no emotion except the enormous concentration on ‘this is your chance, you can’t miss it. If you lose it, you will pay for it with your life, with the life of a hostage in Japan. ‘

Ghosn was transported from the hotel to the airport by two men, Michael and Peter Taylor, father and son, posing as musicians.

In all, Ghosn acknowledges that he was within the box about an hour and a half, although he felt that it lasted “a year and a half.” 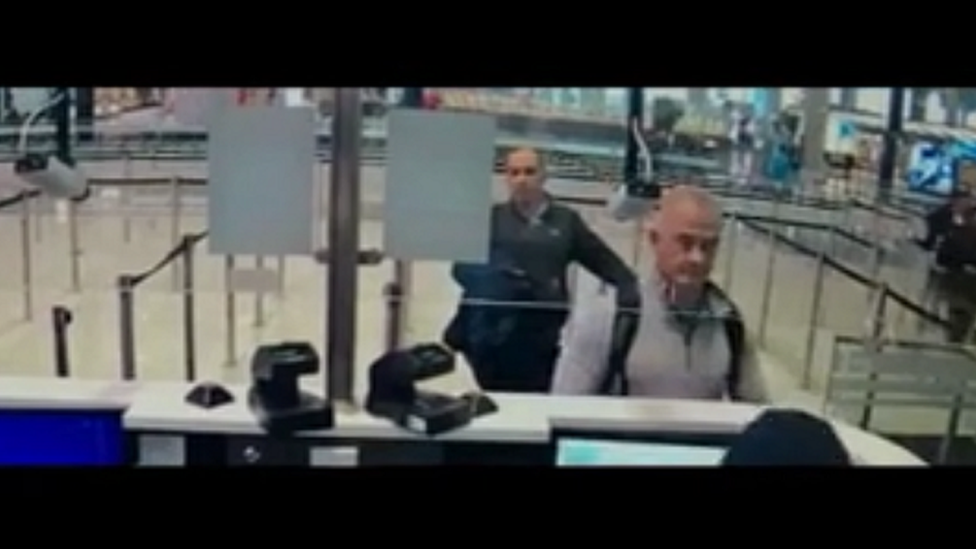 The private jet took off on time and Ghosn, now free from confinement, flew overnight, changing planes in Turkey before landing in Beirut the next morning.

Lebanon does not have an extradition treaty with Japan, so Ghosn has been allowed to remain in the country.

However, Americans Michael and Peter Taylor were delivered by the United States to Japan and now face three years in prison for helping Ghosn escape.

He also faces jail Greg kelly, Ghosn’s former colleague at Nissan, who remains under house arrest in Tokyo on allegations that he helped his former boss make up his earnings. Kelly denies the charges.

What about the people who have been left behind in Japan?

“I’ve been told that the end of (Greg Kelly’s) trial will probably be later this year. And then God knows what the results of this trial will be for, as I said, a false reason, “Ghosn said.

“I feel sorry for all the people who are victims of the hostage justice system in Japan, all of them.”

This half Lebanese and half Brazilian citizen of the world is all of these things. 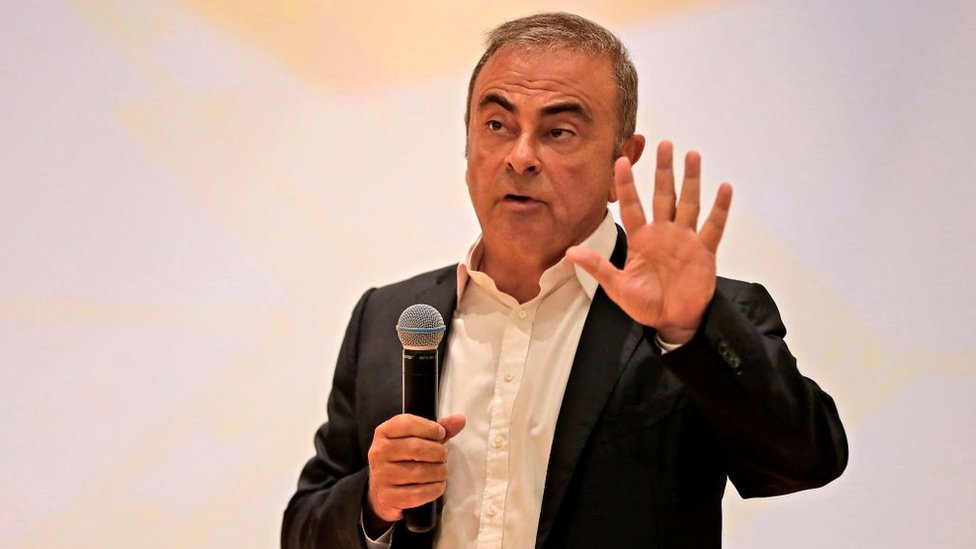 He lived more like a head of state than a head of industry. At a company party at the Palace of Versailles, coincidentally – he says – on his 60th birthday, he was the center of attention amid waiters dressed in pre-revolutionary attire.

As head of Renault and Nissan, he was a magnet for concern for some at both companies. Those at Nissan feared he would oversee a French coup on the Japanese business that he saved. And those of Renault did not like that it rejected the establishment and appeared in the pages of the Paris society magazines.

Any global CEO must be sensitive to political nuances. The fact that Carlos Ghosn, after almost 20 years at Nissan, was totally surprised by his arrest in Tokyo suggests that he had lost contact with the organizations he was trying to reach out to.

Your story has it all: arrogance, corporate and global politics, and a getaway fit for a Hollywood movie. He insists that he is a man more guilty than guilty than sin and is working with his lawyers to clear his name.

Until then, he remains a big shot in a small pond, living in exile and under armed surveillance in Beirut for the foreseeable future.

This is not the ending I expected in this extraordinary drama.