Class “Hypercar” it is already a reality. The new category that replaces the previous LMP1 prototypes of the World Endurance Championship (WEC) has led to the introduction of some pretty cool vehicles, like the Toyota GR Super Sport and the Scuderia Cameron Glickenhaus 007. And Peugeot He has also wanted to get into the ring with a new model called 9X8. It looks impressive, it is hybrid and will participate in the 24 Hours of Le Mans of 2022.

Let’s talk about its design. The Peugeot 9X8 sports a gray finish with contrasting yellow and green accents throughout. The French firm has given these shades elegant names: Sélénium Gray Y Kryptonite(acid greenish yellow). This color scheme is inspired by the 508 and 508 SW from the new Peugeot Sport Engineered (PSE) range. At the front, the distinctive three-claw LED lights along with the new logo steal all the limelight, with a rear that also features the same three-claw lighting along with the PSE logo. 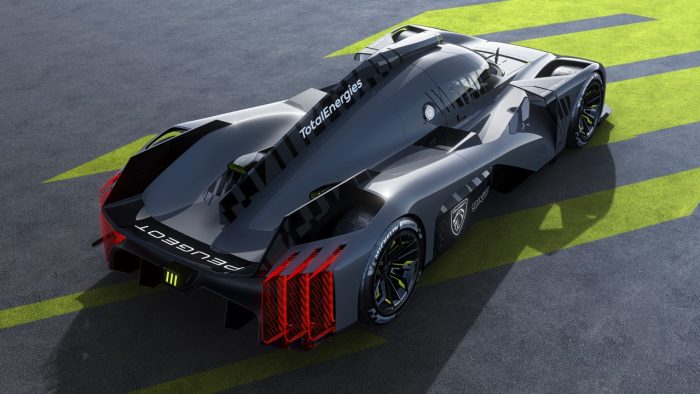 The wheels look impressive too, mimicking the same black-green combination. On the front wings, the vents reveal the tops of the Michelin tires. The rear is flanked by a wide diffuser that, together with the floor, is responsible for generating the enough downforce not to install a huge spoiler, this being the first time that its use has been questioned in more than half a century. The brand wants to “break with established codes to produce a completely new genre of Hypercar.”

Peugeot has also created an interior to match. The cabin has always been functional in these cars without any aesthetic appeal. Peugeot points out the same, and indicates that it also wants to create a brand identity when it comes to the passenger compartment. The 9X8 is as radical as possible. Again, the green and black color combination inside the i-Cockpit it is done on purpose, which is why it identifies as a Peugeot from the first glance. If that’s the purpose, we’d say the company has done a fantastic job here. 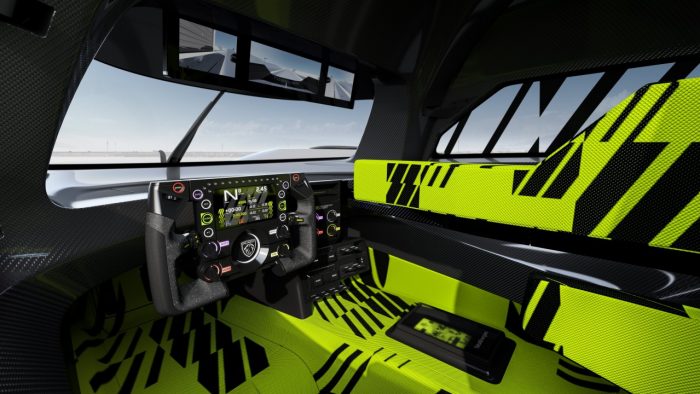 As for how the 9X8 moves, the French firm has opted for a hybrid powertraincomprising a gasoline engine2.6-liter, 680-hp V6and an electric one of272 hp and an unknown pair. The gasoline engine drives exclusively on the rear wheels, conducting all its power through a seven-speed dual-clutch gearbox, while the 900 volt electric motor drives the front wheels. So yeah, it’s all-wheel drive, like the WEC LMP1 prototypes of recent years.

As far as the name is concerned, Peugeot says that the number 9 refers to its old Le Mans machines, the 905 (winner of the French event in 1992 and 1993) and the 908 (2009), and the X is assumed to symbolize the all-wheel drive hybrid configuration; the 8 simply provides a link to the Paris-based manufacturer’s current line of road cars. And in terms of dimensions, the Peugeot 9X8 prototype has 5,000 millimeters in length, 2,080 mm in width, 1,180 mm in height and 3,045 mm wheelbase. 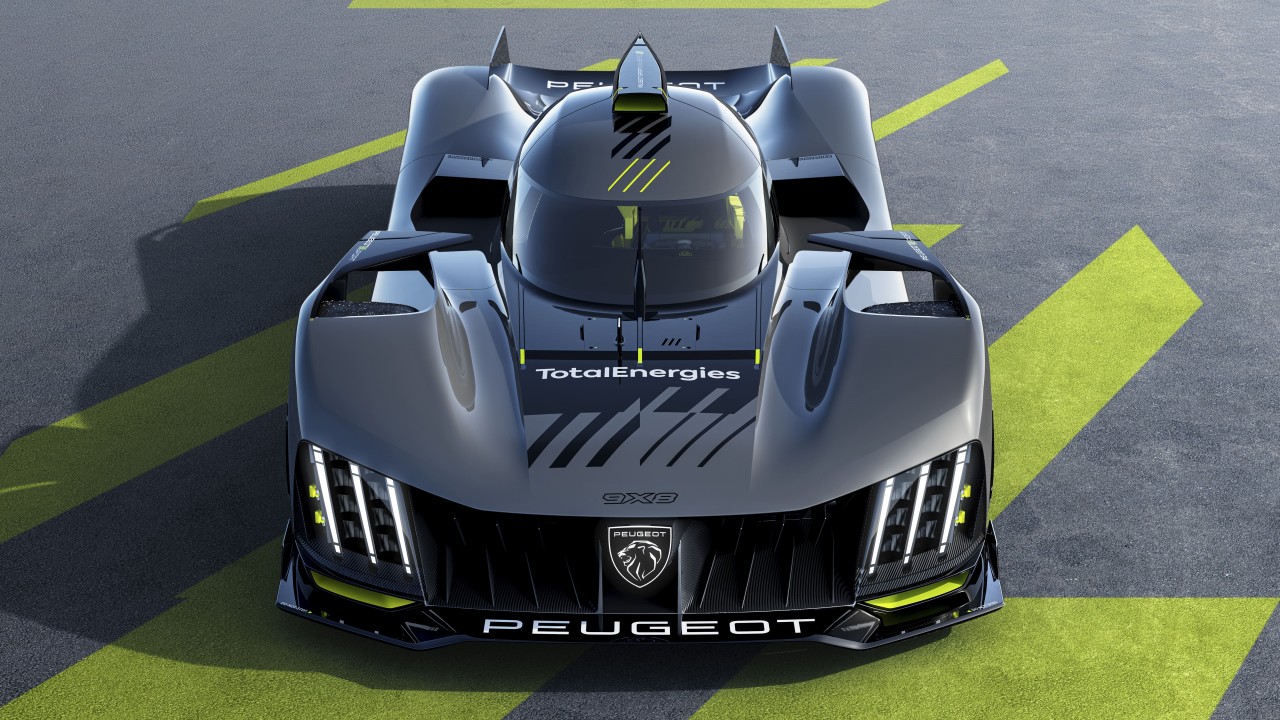