Do you remember when a couple of decades ago the retractable hardtop convertibles? Although there were some who preceded him, it was the Mercedes-Benz SLK first generation (R170) who generalized the idea to have a coupe and a convertible in the same set. After him, practically all manufacturers had in their range a model equivalent to that of the German two-seater, both premium and generalists. But what happened to them?

This fashion, which a priori seemed quite successful, has practically died overnight. In the last 20 years, there have been Convertible models with a hardtop to suit almost every taste, color and budgetFrom small coupes like the Renault Wind and the Opel Tigra, popular compact cars like the Peugeot 307 CC, and up to four large and budget-sized seats like the Mercedes-Benz SL, or purebred sports cars like the Ferrari California; which was upgraded to California T in 2014 and then to Portofino in 2018. 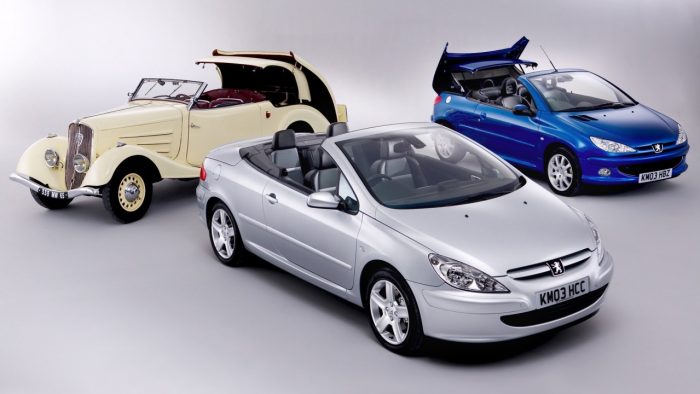 The reason this configuration has been abandoned in almost any convertible still on the market (a segment that has lost many adherents over the years) is the complexity to make the metal panels move and hide. Yes, it was a cool, industry-first idea a couple of decades ago, when the Mercedes-Benz roadster took the concept to stardom. But, in addition to greater difficulty in packing the set, the configuration it is also heavier with respect to a cloth roof.

Mercedes-Benz finally realized that its obscenely inflated lineup of more than a hundred variants among all its models was really a problem when it said that some of them, including mostly coupé bodies, would not have a substitute. As an example, the firm established in Stuttgart had 19 convertibles Soft top and hardtop on sale September 2019. So many? Yes. Look, there were open-air slopes for the C-Class, E-Class, and S-Class, as well as the AMG GT Roadster, SL, and SLC.

Other companies have already quietly replaced their retractable hardtop models in its new generations with cloth roof mechanisms, such as the latest BMW Z4 and 4 Series, or the upcoming Mercedes-Benz SL. Lexus dropped its hardtop offerings and now only sells the softtop LC, and most other luxury brands have simply given up their convertibles entirely. The only affordable retractable hardtop model is the Mazda MX-5 RF, which is more of a targa-type roof, much like the much more expensive Porsche 911 Targa.

There really isn’t much we can discuss. Retractable hard roofs, in the end, have served as a fad. They had their time and place, and although still some are reluctant to abandon it, they are in the last, and will hardly be applied again. If English is not a problem for you, the YouTube channel Big carmakes a historical review from the dawn of convertibles in the 30s until their decline, and how the future forecasts are not the most promising for the retractable hardtop.