It is undoubtedly one of the sensations of the Formula 1 World Cup 2021. With the march of Carlos Sainz to Ferrari, Lando norris has assumed the leadership of a team as historic as Mclaren without wrinkling at the arrival of one of the best drivers on the grid, Daniel Ricciardo to Woking. Despite his youth, with only 21 years of age, Lando norris (November 13, 1999, Bristol, United Kingdom), took the baton from his great Spanish friend to take a huge leap in quality with a season full of speed and perseverance, improving especially in this last point to reach the home date , the British GP this weekend, in the fourth position of the world. Without a doubt, among the 200,000 spectators that are expected to fill the stands at Silverstone, the name of the Bristol rider will be one of the most chanted after a spectacular start to the course.

In the first nine races he has taken advantage of the step forward taken by Mclaren this year with its new Mercedes engine and evolved aerodynamics to step on the podium three times Y finish in the Top-5 in all races except Portugal. Those who saw a star in him years ago, can already get their chest out when they see the enormous jump of the English rider, who is already one of the most beloved of the entire grid.

It is not just because of its quality at the wheel. Above all, because of his character. If a few years ago you asked which driver was the best falling off the grid, most would have said his current partner, Daniel Ricciardo. But now, that title is being taken away more and more by a Lando who has put in the pocket of all the fans, not just the English, with his constant jokes, his naturalness and his boyish demeanor.

It is already possible to speak of a ‘Landomania’. And if not, judge for yourself: This week, a light aircraft pilot flew over Silverstone drawing a route with a message on his GPS. If you looked at his route, he had drawn the words ‘Lando’, ‘F1’ and the number ‘4’ for Norris. Just one example of the huge support he has from the fans.

It is one of the young drivers belonging to the new breed of F1, large representatives of the ‘millennial’ and of a phenomenon that is sweeping the youth, video games broadcast live. Landau it is together with other young people like George Russell, Charles Leclerc or Max Verstappen, the best example that the profile of the pilots has changed again.

So much so that on some video game website you can find a headline of the style “Twitch streamer Lando Norris steps onto the F1 podium.” Yes, don’t be surprised. Many know him for that other profile. And is that Lando has almost 1 million followers on this platform, when just a year ago it had 200,000. And if we look at social networks, you already have 3.5 million followers on Instagram, already exceeding 3.3 of all a two-time champion as Fernando Alonso.

He is also one of the drivers who came to F1 with great family financial backing, son of a successful businessman who made a millionaire fortune as a pension administration advisor. But Lando is the perfect example to show that not all wealthy family pilots arrive for this reason alone.. He always showed an enormous level in the lower categories and Mclaren He supported him on his way to reach F1 due to his enormous talent. Without going any further, in his second year in F2 he finished second, shining with his own light.

Lando Norris, on the track walk prior to the 2021 F1 British GP 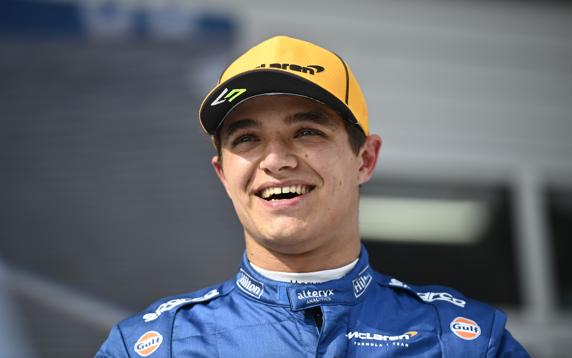 Video game lover, the second youngest driver on the grid (second only to Tsunoda, 20), in the middle of the pandemic he became a great animator of thousands of young people that they were locked up in their houses. He did it by participating in the virtual F1 racing, but also creating a lot of content in your Twitch channel live.

It was not strange to see him chatting with his fans while eating a shawarma or with a huge hamburger in his hands, laughing when he saw that it did not fit in his mouth or after having burned the bread in the toaster. He didn’t even hesitate to pick up the phone to play a prank on Carlos Sainz. All this, always between laughs, the kind that infect. There he was, showing everyone part of his living room, where in one corner he has a simulator next to the sofa in the closest thing to a student flat than that of an F1 driver. I didn’t need more. A very different profile from previous generations and light years from other historic pilots from decades ago, much more hermetic and inaccessible. 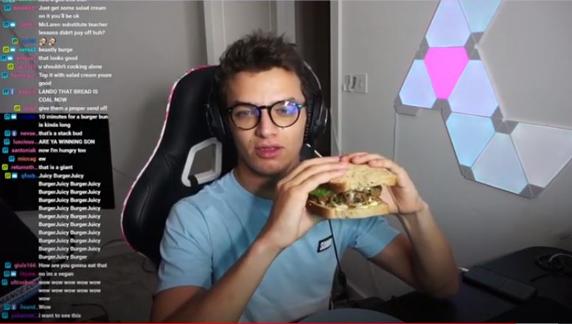 F1 is keenly pursuing young fans and drivers like Norris are seen by the heads of the Grand Circus as gold for the future of the competition.

Precisely, Norris attended MD in 2018, the year before his promotion to F1. There, in the face to face, in the hospitality of Mclaren, He was somewhat shy and introverted. Quite the opposite of now. Everyone saw him as a future F1 star, but he preferred to keep his feet on the ground. “I am sure that if I get to F1 I will be confident. Max (Verstappen) also made mistakes and Hamilton did it due to inexperience in front of the rest of the drivers. Being young you can do a very good job, earn or score points But there are things in which you are not yet the best. Everything needs its time. I have to find out what I need to improve and be ready when I make the leap. “he said at the time. He was clear about his path, and now, after two years in Formula 1, he has already shown himself to be at the level of leading Mclaren. 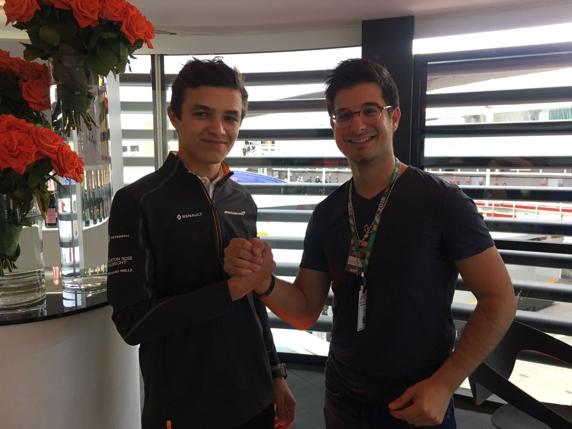 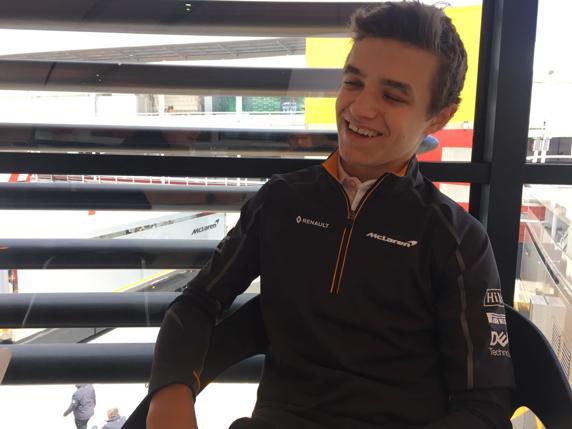 Landau maintains a great friendship with other pilots ‘streamers’ like Russell, Verstappen or Leclerc. But without a doubt, his great friend is Carlos Sainz, with whom he formed a perfect match in the previous two seasons. Carlos taught him to play golf and now, the Englishman practices this sport whenever he can.sometimes with his Spanish friend. And it is that although Ricciardo and he is very similar for their joking nature, the Australian, a pilot of another generation, has not managed to make the British forget Sainz. “Daniel and I get along well, we laugh a lot, we are still good partners and all that. But a different thing is that our interests outside the circuit are very different, and those I had with Carlos were very similar “he recently commented. 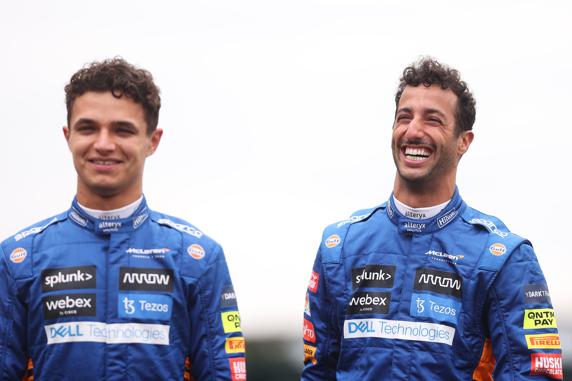 From Madrid he also learned the importance of working off the track to continue improving. Not everything could be driving and playing video games. And this year, he is applying it to perfection. “I think I am focusing more on myself than I have. Focusing on the important things, like my driving, and do a performance like the one I’m having this year. You need to focus on other things to do a better job, like spending time with my engineers instead of just chatting.. But I’m not taking anything away from my enjoyment of Formula 1. I still love it and do everything I want to do. There is only one major shift towards the focus and side of the work ethic. There has definitely been a change, but I couldn’t say how much ”, pointed out a Norris who has even been seen this course putting on his gloves and overalls after the races to help his mechanics dismantle the pit. An earthy boy, close, joking and who always smiles. Even a few days after being mugged at Wembley by some madmen. But on the track, he is a true predator. He has a great future ahead of him. Flying goes. ‘Flying’ Norris.