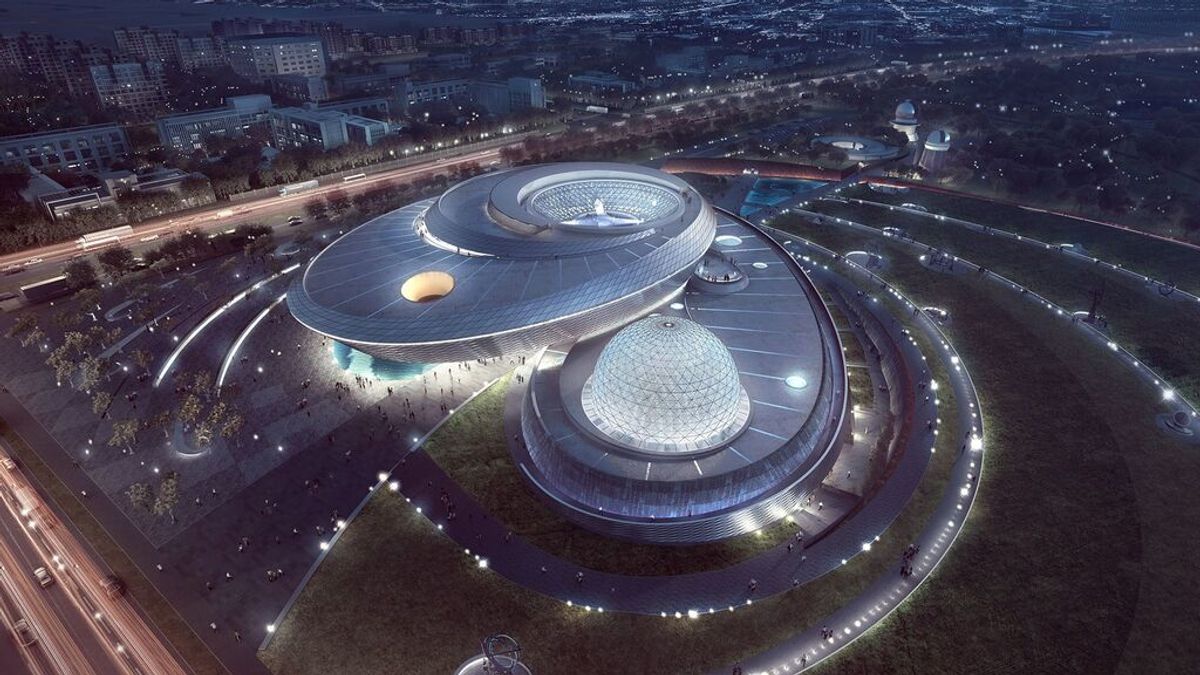 Image from the Shanghai Astronomical Museum.ennead.com

Designed by the Ennead Architects studio, it consists of 4,000 square meters designed to observe the space

It will exhibit 70 meteorites from the Moon or Mars and will feature original works by Newton, Galileo and Kepler

Shanghai prepares to open the world’s largest astronomical museum to the public from July 18. A complex sin lines or right angles designed with the galaxy and celestial bodies in mind. More of 4,000 square meters that will function as a planetarium and observatory, as it will have a 7 meter long telescope to bring the stars and constellations closer to its visitors.

The American architectural firm Ennead has been commissioned to make this space museum a reality sci-fi inspired. The first thing visitors come across is a large skylight that acts as a solar watch that is projected on the floor of the main entrance throughout the day, indicating the time and season in which China is located.

A circular amphitheater awaits the fall of a large sphere that descends from the ceiling like a moon, which does not touch the ground so that it gives visitors a greater sensation of floating, as it allows them to circulate freely under it.

The glass dome designed to look at the sky is also circular, especially at night in Asia. “A real encounter with the universe to conclude the simulated experience inside this museum”, explain those responsible for it.

Collections including some 70 meteorites from the Moon or Marsas well as more than 120 space-related artifacts, including original works by Isaac Newton, Galileo Galilei and Johannes Kepler.

Ennead Architects is also responsible for New York’s famous Rose Center for Earth and Space building at the American Museum of Natural History.