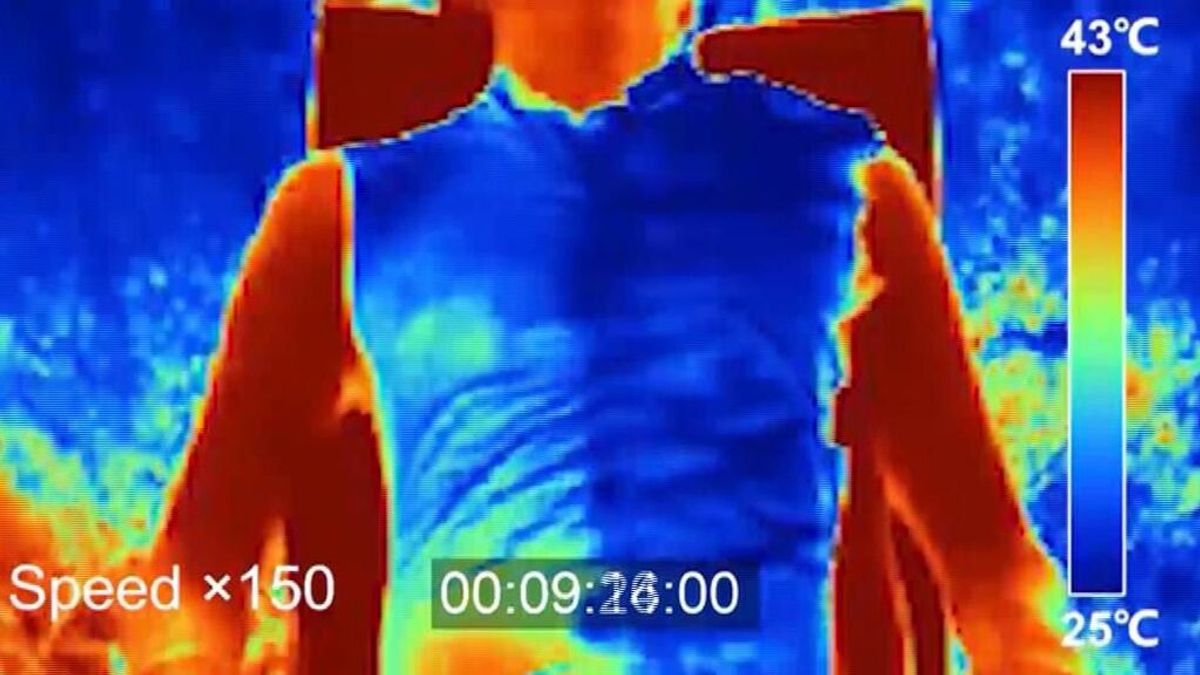 Experiment carried out by Chinese researchers.

Normally one wears clothes to warm up, but it might also be possible to do so to lose heat. Chinese researchers have applied to clothing a concept already used for the construction of insulating materials and building roofs.

They have developed a fabric with which conventional clothing can be made and that helps to release heat from the skin until it body temperature drops by about 5 degrees Celsius. A good idea for the hottest weeks of summer, especially when global warming generates crippling heat waves more often. To the cooling and thermal insulation systems of buildings, we can add our own clothing that covers us during warm days and tropical nights.

We already know that light colors reflect more sunlight than dark colors and allow less heat to be absorbed. But color only helps to bounce visible light, not all solar radiation. The energy of the near infrared spectrum, for example, we do not see; but bodies absorb it and heat up. They then cool down as they release it. It is in this mechanism that scientists from the universities of Zhejiang and Huazhong have been inspired.

You can see the result in the video at the top of this article. They covered a person’s torso with a garment. One half was made from the experimental fabric, the other from white cotton. For one hour, the individual was left exposed to the sun. And by measuring the temperature of the skin, they found that the part of the body covered with the new material was 5 degrees less hot than that protected with the cotton cloth.

The new fabric practically acts as a mirror against the sun, according to the authors of the study, published in the journal Science. What has been achieved is to apply the concept of radiative cooling passive to clothing. There are non-visible radiations from the Sun that heat the bodies that absorb them. These bodies then release that absorbed energy and cool down. What has been tried in this research is to take advantage of that natural process and accelerate it.

In this case, it is the human skin that absorbs these solar radiation and then emits it. Already in 2017, Stanford researchers created a tissue designed to absorb this energy and managed to cool the body temperature by up to 3 degrees. But it was too fine a fabric for normal use.

The Chinese team has developed a thicker and stronger material. The obstacle they still have is that it needs to be very close to the body to help release the heat. That is why it is necessary to carry out further research with people who are moving or who do not wear clothes so close to the body. The authors assure that the economic factor would not be an obstacle for the application of their invention, since which only increases production costs by 10%.