Facebook An Uber driver was tragically murdered in California.

An Uber driver, identified as Raquel Wehber, 58, was stabbed to death in a tragic incident that occurred on Tuesday, July 6, in the city of National City in California.

According to a police report, a person called 911 on Tuesday afternoon to report that a woman was being attacked inside a vehicle. When authorities arrived at the scene, Wehber was found dead.

Crime Online reported that the victim had numerous stab wounds as a result of the attack she suffered while working as an Uber driver in the South Lanoitan Avenue area.

People noted that eyewitness statements led investigators in the case to arrest a 17-year-old teenager who was seen fleeing the crime scene.

The aforementioned media added that the identity of the suspect remains confidential because she is a minor, but last Friday, July 9, she was charged with two serious crimes, one for murder and the other for torture.

The young woman has pleaded not guilty to the charges she faces for the murder of Raquel Wehber, according to court records.

A prosecutor involved in the case told NBC San Diego that the judge was asked to transfer the defendant to adult court based on the nature of the allegations against her.

The victim was found in a parked car and has been identified as 58-year-old Raquel Spohn Wehber from Tijuana.

An Uber spokesperson released a statement to KUSI News regarding the incident.https: //t.co/CBH5HMiaYv

The judge has yet to make a decision on whether the defendant will face charges in adult court, Crime Online said.

FOX San Diego explained that the teenager is in custody at the San Diego Juvenile Detention Center. So far it is unknown what could have triggered the brutal attack against Wehber.

Uber released a statement for the murder of Raquel Wehber

Uber issued a statement to FOX San Diego regarding the murder of Raquel Wehber: “The brutal and senseless crime that took the life of Raquel Spohn Wehber is heartbreaking and our thoughts are with her family. We are ready to work with the police in their investigation. “

The National City Police Department said they are in the process of obtaining a search warrant for the Uber account used during the incident that claimed Wehber’s life.

“There is still no confirmation on whether the suspect and Wehber were known. The motive for this crime is unknown at this time, “said the police authorities in a press release.

The victim’s loved ones are heartbroken over his death

NBC Los Angeles reported that Raquel Wehber’s loved ones honored her memory with flowers, candles and photographs at the place where she was murdered in the city of National City in California.

“Raquel was what united us as a family. She filled us with laughter, lived life on her own terms, and always managed to make friends wherever she went. He lived life with joy and loved the time he spent with his family, ”said Daniela, one of Wehber’s daughters, in a fundraiser on the GoFundMe platform.

The victim is survived by his two daughters and two grandchildren, one two months old and the other two years old. 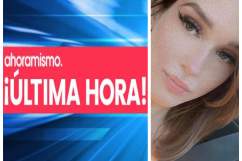