Little did Óscar Mingueza imagine that the 2020-21 season would become the best of his sports career so far and that it would culminate with a dream summer playing the European Under-21s and the Tokyo Olympics. But this is the reality that he is living and he does it with an illusion that is reflected in his face despite the fatigue of a crazy year. “Don’t worry, you can rest for a couple of weeks,” he says before starting the interview.

To the Blaugrana defense the illusion and the desire to arrive at Tokyo fill him with impatience waiting for the moment: “This preseason has been a bit long because we really want to start the Games and do a good job & rdquor ;.

He acknowledges that the year is being very intense, but downplays it. He knows that all of this is translating into being an important footballer: “It has been a busy year, but it’s all for good news, for helping the national team and for being with the first team, as long as that is no problem& rdquor ;, confesses.

They will be the first Olympic Games for Mingueza, but both the Barça defender and his teammates have traveled to Japan with a single objective: “With the team that we have so good, we aspire to the maximum. We know that it is a unique and unforgettable moment. Those who have lived it assure that being in a Games is an incredible experience, so we want to enjoy everything that happens but as ambitious as we are, we have come to win it. Let’s go for the gold & rdquor ;.

Mingueza already has his mind in the Games

The one from Santa Perpètua is convinced that the competition will be very similar to any national team championship: “Except for the weather and the location, I think the teams will be more or less the same.Very good teams as there were in the European Under-21s, with the advantage that there may be Under-23s and some older ones, which is a plus. Veterans help you with their experience so it can be a very nice experience & rdquor ;. That Óscar will share with his teammates at Barça Pedri and Eric García: “This experience and the coexistence at the Games will surely unite us both on and off the field & rdquor ;.

Spain has been framed in Group C along with Egypt, Australia and Argentina: “It is a very tough group where Argentina is a team that has just won the Copa América, we have seen some games in Egypt and they are very physical and have players quality and Australia more of the same so it’s a very complicated group & rdquor ;. The international defender knows that “If we want to play a good role in the group stage we will have to do our football in the best way and the more we have the ball the better & rdquor ;.

He reveals to us what aspects the coach, Luis de la Fuente, has focused on in the face of the Games: “He has had a lot to do with making us better players, in working hard on our physical condition, he wants a lot of quality in the exercises & rdquor ;. The Catalan footballer praises his coach in another respect: “What it does very well is to unite the group a lot both in activities and talking with one and the other.. Create a good relationship and good bond between the players and between us and the technical staff & rdquor ;.

Finally, we asked Mingueza about his role in the Olympic team after having been important at Barça this year: “I have come to help. Both playing center back and winger I will try to do my best for the national team, always ensuring that the other players can give their best. The experience I have had at Barça will surely help me& rdquor ;. 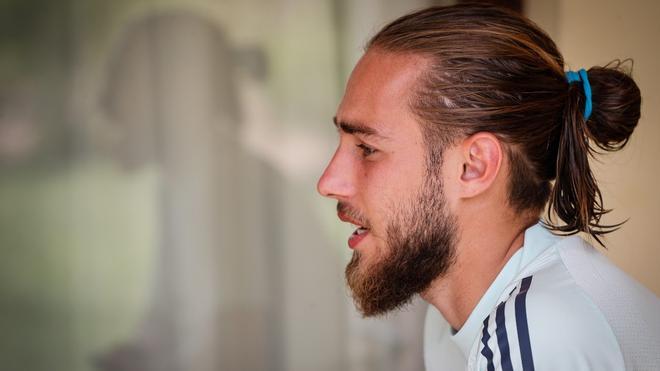