. Aleyda Ortiz was the winner of the eighth season of Nuestra Belleza Latina

In 2014 Univisión developed the eighth season of the reality show Nuestra Belleza Latina, considered at that time one of the most watched programs on Hispanic television in the United States.

And after more than 10 weeks of galas every Sunday, in the end the public chose as the winner the Puerto Rican Aleyda Ortíz, former beauty queen of her country, who had experience in international competitions, who from the beginning stomped, becoming one of the stronger participants to win the crown.

The eighth season of Nuestra Belleza Latina premiered on February 16 and culminated on May 18, 2014, with the coronation of Aleyda Ortiz, who incidentally made history by winning the contest for the third time on her island of Puerto Rico. country that leads in victories in that program. In 2008 Puerto Rico achieved its first crown, with Melissa Marty and then, in 2012, it achieved the same feat with the triumph of Vanessa de Roide.

During the broadcast of the eighth season of Nuestra Belleza Latina, 12 semifinalists moved to the so-called Mansión de la Belleza, and starred in all kinds of situations, frictions and conflicts that spurred the competition.

With the triumph of Aleyda Ortiz, in second place was named the contestant from Guatemala, Josephine Ochoa, who also represented her country in Miss Universe.

On this occasion the presenter of the show was the Venezuelan Chiquinquirá Delgado, who gave way to Osmel Sousa to reveal the name of the winner.

After describing both finalists as “two beautiful Latin women”, Osmel Sousa, from the judges’ table, along with Lupita Jones and Jencarlos Canela, revealed that the new queen got 38% of the public’s support.

Aleyda Ortiz is the fourth finalist of Nuestra Belleza Latina Leaving Alina out of the competition, the contestant from Puerto Rico obtained the golden pass to the final. Nuestra Belleza Latina: the search for the most beautiful Latina in America. Presented by: Chiquinquira Delgado, Pedro Moreno and Alejandra Espinoza Judges: Osmel Sousa, Lupita Jones and Jencarlos Canela SUBSCRIBE !: bit.ly/NBLSubscribe Follow us on Facebook: facebook.com/NuestraBellezaLatina…2014-05-12T03:22:49Z

“We unanimously, the jury, certify it (the triumph),” commented the so-called Zar de la Belleza, seconds before announcing the triumph of Aleyda Ortiz.

“I feel excited and grateful to all the people who gave me their support, because without them this would not have been possible,” said Aleyda, after receiving the crown from the Salvadoran Marisela Demontecristo, winner of the previous version of the contest.

Pedro Moreno, Alejandra Espinoza and the mother of Aleyda Ortíz, filled the stage after the triumph of the Puerto Rican, who later worked with Univisión for a year and enjoyed a contract of $ 250,000.

Aleyda Ortiz relives her story of abuse, fear and happiness (Full interview) The queen of Nuestra Belleza Latina 2014 and presenter of El News Café spoke with Raúl González about the moments of happiness, sadness and frustration that she has had throughout the 31st of lifetime. Aleyda openly revealed the abuse she experienced in a relationship, how bad it made her feel being overweight, the… 2020-07-02T19: 43: 43Z

The third place went to the Dominican Nabila Tapia, while in the fourth place was located, according to the votes of the public, the Mexican Aly Villegas.

The fifth place went to the Cuban Alina Robert and the sixth place in the final was received by the Mexican Maria Elena Anaya.

Aleyda Ortiz has remained very present on Univisión screens, and not only participates with exercise segments in programs such as Despierta América, but also recently participated in the reality show Mira Quien Baila. 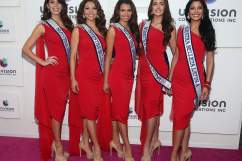 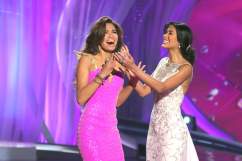