First things first: boxing is back. For the first time in a long time it was possible to see what was expected within a ring, a real fight where the two decided to go to the front from the opening minute until the final bell. Brian Castaño and Jermell Charlo gave an amazing show at the AT&T Center in San Antonio that saw Manu Ginobili shine so many times. However, the final decision of the juries ended up watering what was going to be the golden night of the Argentine.

The one born in La Matanza was clear dominator during at least eight of the twelve rounds that the combat had. Everything seemed to indicate that it was a matter of time before they announced their victory over the loudspeakers, but it was not like that … First it was heard that the decision had been divided, and then came the worst. 114-113 for Brian was the first card and the second, by judge Nelson Vásquez, caused the surprise of all those present when 117-111 was heard for Charlo. Nobody could believe it. The last? 114-114, thus determining the tie by split decision.

The referee signaling the tie between Castaño and Charlo.

BRIAN CASTAÑO HAD IT AGAINST THE STRINGS

The boo was total. Despite the fact that the American had been dominant in the final three rounds, there was no way that the points would reach him to even scratch a draw, even more so without having thrown Castaño against the canvas once. With this result, the four belts that were at stake returned to their original owners and everything came to nothing. Charlo will remain super welterweight monarch of the WBA, WBC and IBF, while the Argentine will continue as king of the same division but in the WBO.

“I won the fight, I want revenge”, Brian sentenced as soon as the meeting consummated, while the public cheered him for his delivery on the ring. “He has hit me the odd hand that I felt but that does not mean that he won the fight”, he continued, making it clear that although he had a very bad time at the closing, he had previously controlled his opponent without problems. “He had been winning the fight cleanly. He connected me with some hands in the ninth and tenth, I felt the whole round but I knew how to take it. Fights are fights. He is a great boxer and hits hard,” he closed. 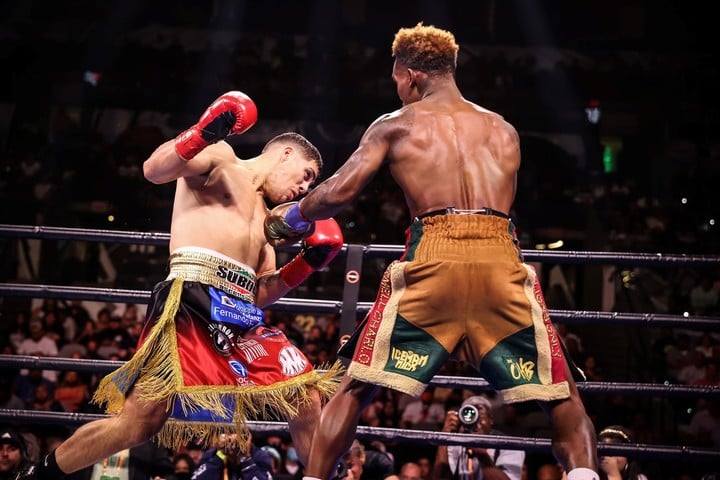 As for the combat itself, it must be made clear that Brian Castaño had one of the best presentations of his sports career. At all times he remained in his strategy of looking at close range for Charlo and never allowed him to play his game. The good use of the jab and especially the power in his combinations began to make Boxi grow, which at the end of an opaque third round had its best moment when he woke up and with two accurate bombs he made the American tremble against the ropes. The bell saved him. 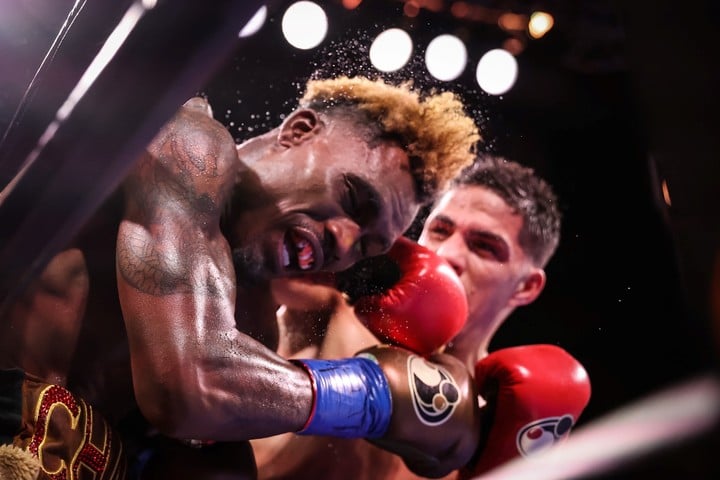 Castaño was clearly dominating for most of the fight.

Brian was solid, without abandoning his script, until the end of the ninth. “He’s dead, he can’t take it anymore”, they sang to him in his corner, underestimating the real power of Charlo, who went out to kill or die in the tenth and for the first time began to connect practically everything he threw. The Argentine staggered, he could not hold on to the canvas and his legs no longer showed firmness. He held out as best he could but not even the rest between rounds managed to restore his freshness. The last six minutes were pure domination of his rival. Then came what we already talked about and now we only have to wait to see if it is really possible to organize a rematch between these two. The public, without a doubt, is now dying to see them again.