Windows 11 has created some chaos because of its requirements, and also because of some of its unique features. We recently gave you some bad news, but in the end it has been confirmed that DirectStorage is coming to Windows 10. Microsoft has decided to backtrack, and with this it has given great joy to all those PC players who were not going to be able to update to said operating system, but who did have the necessary hardware to enjoy that feature.

DirectStorage will come to Windows 10 because Microsoft is “committed to video game developers”, and because it wants them to be able to arrive, with their new projects, to the largest possible number of players. Let’s face it, it doesn’t make sense to limit such an important and interesting feature as DirectStorage to a new batch operating system that, due to its requirements, could end up having a rather slow adoption rate. This would be an absurd limitation that would also discourage developers from adopting this new feature, due to the low number of players who could take advantage of it.

In case someone has gotten lost, and is not clear about what DirectStorage is, I remind you that it is an API that will allow you to derive the workload involved in using a PCIE NVMe SSD from CPU to GPU. By using a GPU, much higher bandwidth is achieved and the decompression tasks required to work with a high-performance PCIE SSD are accelerated. This also minimizes the impact of these tasks on the CPU.

DirectStorage is coming to Windows 10: What difference is it going to make?

One of the most important problems that current APIs represent is that are not optimized to handle a large number of I / O operations (input and output), which means that applications with greater dependence on the storage unit, such as games, are not able to really take advantage of the great difference that exists between a SATA III SSD drive and a PCIE NVMe drive.

I have already explained it to you on many occasions, we can have the most powerful hardware on the market, but if we do not have a software capable of taking advantage of it, in the end the differences between a top-of-the-range configuration and a more modest one could end up being minimal, or even non-existent. When we talk about SSDs, that reality is very clear, since, in many cases, the difference between using a SATA III SSD and a PCIE Gen4 x4 one can be a few seconds of improvement in load times. This is due to that bottleneck that we have at the API level. 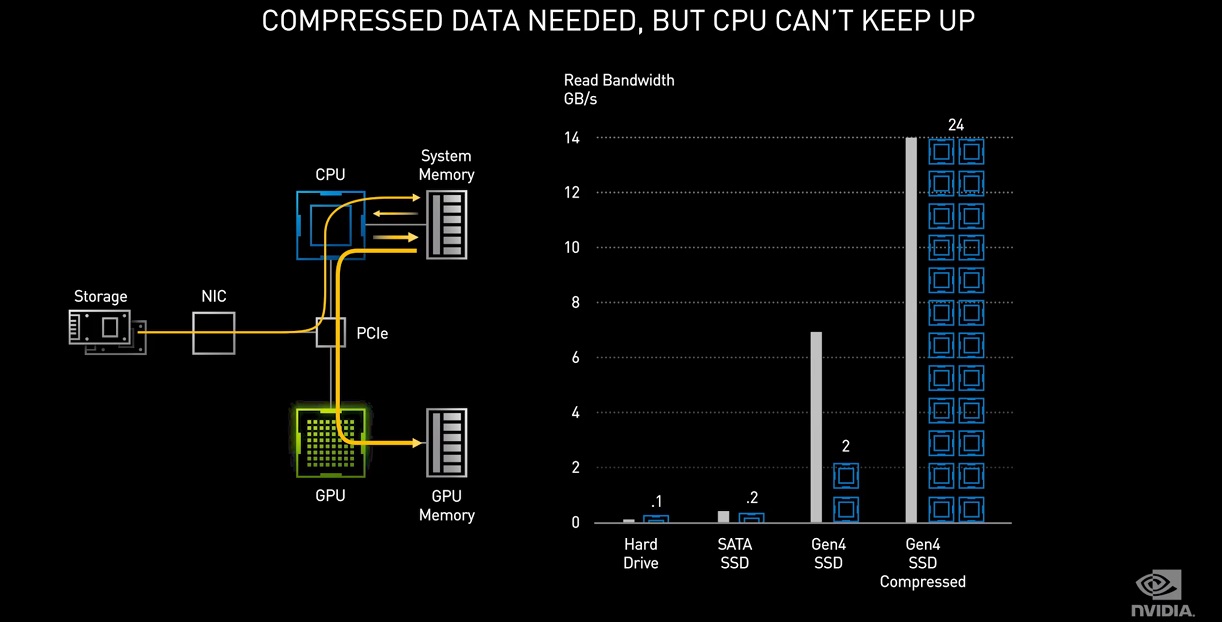 DirectStorage is coming to Windows 10, and it will solve that bottleneck. We can expect that when it debuts, the differences between SATA III SSD storage drives and PCIE Gen3 and Gen4 versions, are getting older, and that in the end the loading times in games end up being greatly reduced, until we reach a point where we find ourselves with slight stops of one or two seconds, and not with load times to use.

Microsoft has confirmed that DirectStorage will come to Windows 10, and that the DirectStorage SDK (development kit) will be compatible with version 1909 and higher, which should mean, in theory, that we can enjoy this function if we have an updated operating system to Windows 10 November 2019 Update. This API will allow managing thousands of I / O requests per second, will support decompression by GPU and will bring numerous optimizations that, however, will be more noticeable in Windows 11, thanks to an improved storage stacking compared to Windows 10.