Today is Tuesday, July 6 and these are the main news of the day:

1.- The dramatic moment of the demolition of the Surfside building will remain forever in the memory of the families of the victims of the tragedy. Some of the new debris was immediately removed so rescuers could advance to the parking lot, where some of the more than 100 people still under the ruins could be.

Stay up to date with all the current news and the latest that happens in our community by downloading the Telemundo 51 application for iOS or Android.

Rains are expected this Tuesday afternoon in South Florida 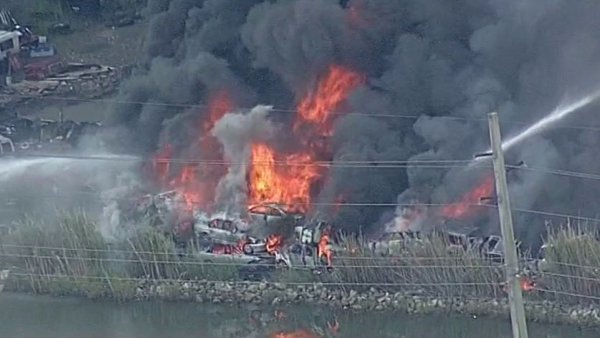 3.- After the demolition of the Champlain Towers South building in Surfside, family and friends remain hopeful. Among them is Jackeline Patoka, owner of the apartment where Andrés Galfrascoli, Fabián Núñez and their 5-year-old daughter were staying. Jackeline assures that the relatives of the victims were not consulted about the demolition, but says it was necessary

4.- Six of the more than 350 rescuers working in the Surfside disaster area tested positive for the coronavirus. These are firefighters from other areas of Florida who came to help and were immediately isolated. According to the Miami-Dade fire chief, possible contacts they had are being monitored to make sure there are no more infections.

5.- Tributes to the victims of the Surfside tragedy continue. In the city of Miami Lakes, thousands of people rallied in memory of those who lost their lives and those who have yet to appear. They held a vigil with the lights of their phones, as if they were candles.