Aston Martin has been a brand that has always had its comings and goings when it comes to electric cars. Long ago it opted for projects such as the limited-run Aston Martin Rapide-E and focused on electrification through the Lagonda sub-brand. While this technology was a bit stagnant, now it seems that momentum is returning. So much so that successors to the Aston Martin Vantage and DB11 they could be 100% electric.

The Gaydon brand is in the process of moving away from its reliance on large displacement combustion mechanics, as currently only uses the powerful V8 and V12. The future has to be hybrid and electric, a movement that has already started with the Valkyrie and Valhalla mid-engined models. But the next thing will be to replace its current range of front-engine specimens, having planned the first electric successor by 2025. 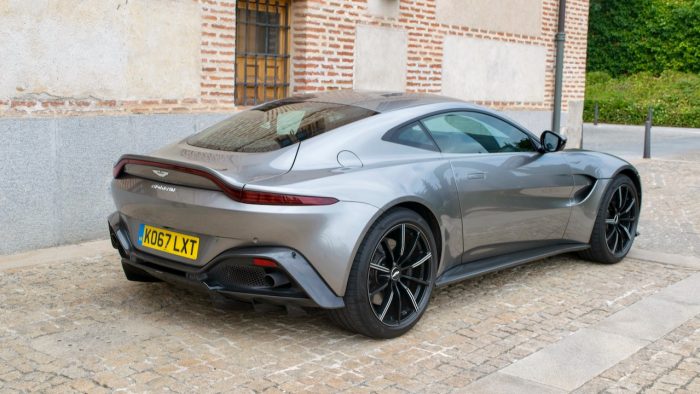 Meanwhile, a plug-in hybrid version Aston Martin DBX, the SUV that is doing well in the market. Another that will use this type of powertrain will be a production version of the Vanquish Vision prototype. The transition will be slow and the current Vantage, DB11 and DBSwill complete your business life before being replaced by electrified specimens. It is a totally new strategy and motivated by the entry of Tobias Moers as CEO.

Do not forget that the previous electrification and Lagonda plans belong to the Andy Palmer era and were scrapped by Lawrence Stroll when he became a shareholder of the brand. The agenda set by Aston Martin for the coming years consists of an electric in 2025 to replace Vantage or DB11 and by 2026 an electric SUV will arrive that responds to the high demand for this type of model. By 2030 the goal is for half of its range to be ‘zero emissions’.