The Vieques Multiple Use Center in the “Dionisio García” Park, located in the “Monte Santo” neighborhood, was the place chosen to establish the boxing gym that has various equipment suitable for all ages, a ring, gloves different sizes, protective masks, bags, pears, weight equipment and equipment directed for coaches, among other sporting goods to obtain the best possible performance and focus. Each boxer in the gym received personalized long-term training equipment. 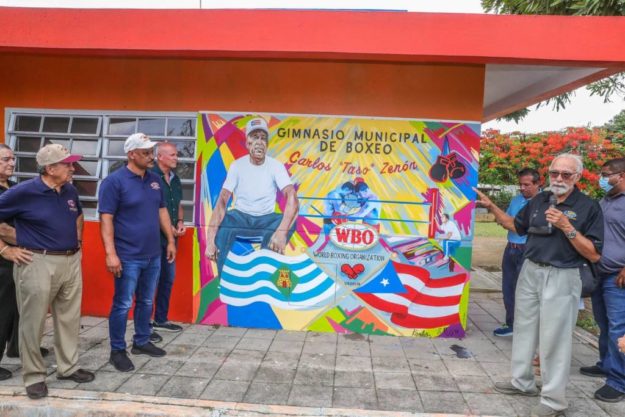 The founder of the WBO and current President of the Organization’s Championships Committee, Mr. Luis Batista Salas (right) said that, “I met ‘Taso’ once he came to my office and told me that he had a need that was not for him, but for the future of Vieques. ‘Taso’ is a small person of stature, but of enormous spirit and will ”.

“6 years ago, ‘Taso’ told us that he wanted us to help Vieques in another way. He told us that there was a gym in which nobody could stand up well because of rotten boards but we needed a facility and that the municipal administration maintain it, pay employees, take care of the investment and provide services to the community. The mayor at that time said no and we kept the project in our pocket, it came to nothing. “

“Then we met Junito Corsino (Mayor of Vieques) and he told us yes about the creation of the gym, the facilities and to pay employees to maintain it. We are going to do this together to give life to this gym ”, said Batista Salas.

An emotional moment of the activity occurred when the gym mural was unveiled, where the Zenon family got mixed up in hugs with Salas. 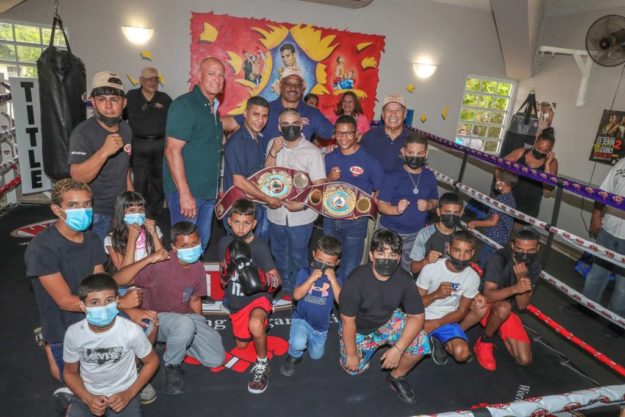 Pedro Zenon, son of ‘Taso’ stated that, “for us it is an honor that this gym bears the name of our father. He for many years dedicated himself to training. He always said that he was never a great boxer but he understood what a boxer goes through up there (in the ring). Boxers like Nelson Dieppa and John John Molina knew of my father’s abilities and many know that he had the ability and commitment to teach boxing. “

Former world champion Nelson Dieppa recalled that, “before we used fishing buoys as if they were pears to train, I think they lasted longer than the others, but it was to solve and thank God I was able to achieve my dream of being a world champion.” 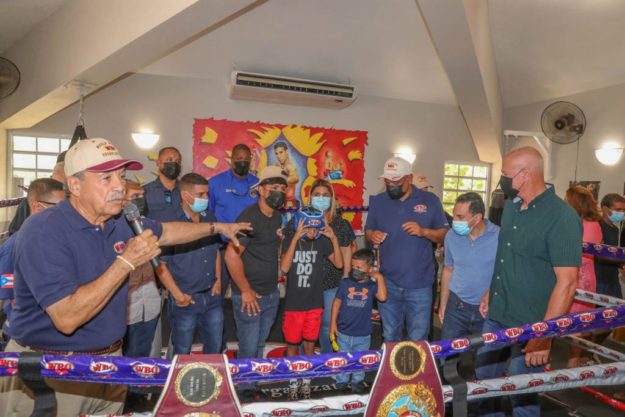 Valcarcel (microphone in hand) expressed that, “we are happy to make what Taso Zenon asked us and insisted years ago, every day, come true. He dwells on boxing, his passion was boxing. Besides being a great Puerto Rican he had a very great spirit. He was a coach, he lived it ”.

“Hats off to coach Hector Mulero. When he told us about the situation in the gym and the situation with his boxers, we had to act. I am sure that all those who pass through Mulero’s hands will be good people. “ 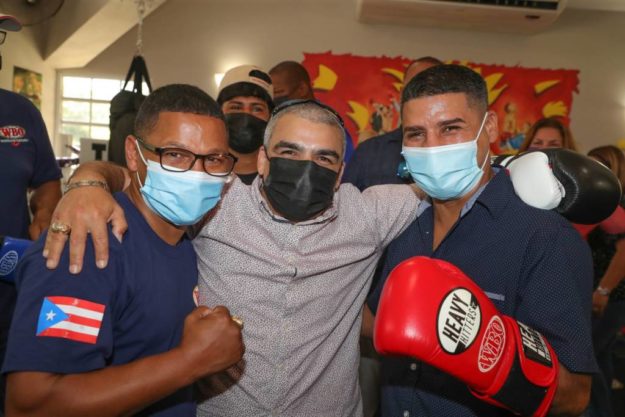 ‘WBO Kids Drug Free’ is an international program aimed at children and young people in order to carry a message of prevention of drug use and to motivate them to continue in their studies, using sport as a tool to keep on track, by as well as supporting causes aimed at those most in need in order to help them obtain a better quality of life.