The Spanish team did not start in the best possible way their participation in these Olympic Games. The team of Luis de la Fuente suffered the harshness with which it was used Egypt and first Mingueza and then Ceballos, they had to leave the green due to injury.

It is true that the player of the Barcelona It was not as a consequence of the very hard entrance that he made Ahmed in the sixth minute of the game, but it was difficult for him to recover from an action that could well have resulted in a greater penalty for the Egyptian.

So, minutes later, Oscar Mingueza he put his hand to his thigh after a run to close the against of Egypt and could not continue. Muscle problems were something that was feared from the Spanish team and in the first meeting, this chapter was released.

Mingueza’s injury in the first minutes

More serious could be Dani ceballos shortly before the end of the first act. The Utreran suffered a very hard entry of Taher in the center of the field that left him out of the game. From the first moment, the Spanish international noticed that he could not continue and left his position to Moncayola.

The referee went to the monitor to re-referee the play and inexplicably only yellowed Taher. We will see if in a championship with matches every three days, Luis de la Fuente can count on again Ceballos.

This is how Ceballos’s ankle was 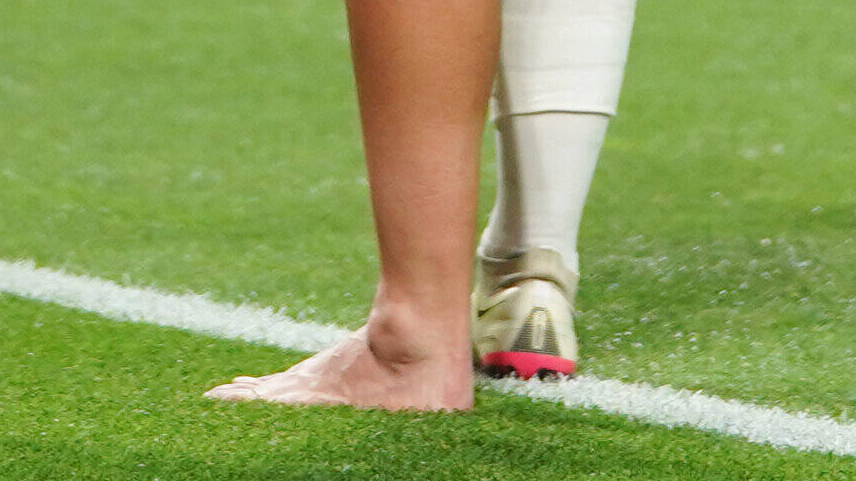 What is clear is that the Spanish team has not started these Games on the right foot. Beyond the result against Egypt, right now the main concern is in the injuries. It seems difficult that the two fallen in Sapporo can recover in time for Sunday’s clash.