Kilian Mbappé had a vacation until Sunday, July 25, but the Frenchman has returned to Paris ahead of schedule. This is how he has shown it himself on his social networks with a photograph that places him in the changing room of the Camps de Loges, the official training center of the French team.

The preseason for Mbappé starts right now, after enjoying three weeks of vacation after the Euro. The French team, the clear favorite to win the championship, was eliminated against the Swiss in the penalty shoot-out in the round of 16. 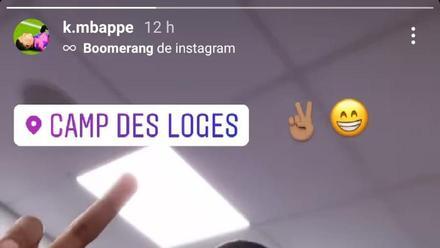 His return, however, is surrounded by the controversy of his renewal. The contract with PSG expires next June 2022 and the Frenchman has not yet ruled on the future of his relationship with the Parisian club. Despite the pressure he has received to extend his contract, Mbappé has been happy and enthusiastic to return to Pochettino’s orders.