When I have landed in Tokyo, which for me is an immense source of pride, and when there is only one day left until the national stadium of the Japanese capital will host the opening ceremony of the most atypical Olympic Games in history, I would like to watch back to see the path traveled.

The COVID-19 pandemic broke into our lives in 2020 taking too many lives, too many goals, and the odd dream in its wake. Uncertainty seized our athletes, who saw the goal of Japan move away from their calendar. They were days of doubts, restlessness and worry for them. Days of hard work and days in which it was necessary to seek solutions to issues that we had never imagined before. A path in which our athletes found a Government focused on sports.

The months went by, the elaboration of sanitary protocols together with the rest of the sports fabric allowed little by little the return of the competitions. The Higher Sports Council (CSD) launched the Concentrates in Tokyo program in order to ensure that the incidence of the pandemic did not affect training and the last phase of preparation for Olympians and Paralympics. We open the High Performance Centers under severe protection measures.

The IOC’s decision to postpone the Games brought sanity to the management of the times. The priority has always been the protection of the integrity and safety of our athletes. At the same time, the Higher Sports Council promoted measures on the economic plane to ensure the adequate preparation of our Olympians and Paralympians.

The continuity of the ADO Scholarships was approved. No athlete has been left without their assignment. The Government guaranteed the amounts necessary to complete the aid with an item that exceeds 7.2 million euros. The General State Budgets collected the largest economic allocation in the history of our sport since Barcelona 92, with record figures in subsidies for sports federations and for the day-to-day of high performance and sports technical centers.

The Spanish Olympic Committee (COE) and the Paralympic Committee (CPE) have received 4.7 and 1.9 million euros respectively for the preparation of these Games, which represents an increase of 400% percent over the previous Olympic cycle. For the first time in the history of our paralympic sport, the medal prizes will be co-financed between the CPE and the CSD, thus meeting a historic claim.

In addition, the arrival of European economic recovery funds has a promising horizon. Spain has been the only country in the European Union that has placed sport as one of the axes on which to pivot the transformation and evolution of our economy. It will be more than 300 million euros for the next few years, 49 million this year.

Resources for Spanish sport to continue growing, with everyone’s encouragement. Our athletes arrive in Tokyo having overcome many difficulties along the way but with the firm commitment of a government and a society that is committed to sport.

Thanks to the close collaboration with the health authorities and the Ministry of Defense, the Spanish delegation lands in Japan vaccinated against COVID-19 and after several weeks of bubble concentrations to avoid contact with persons unrelated to its preparation. 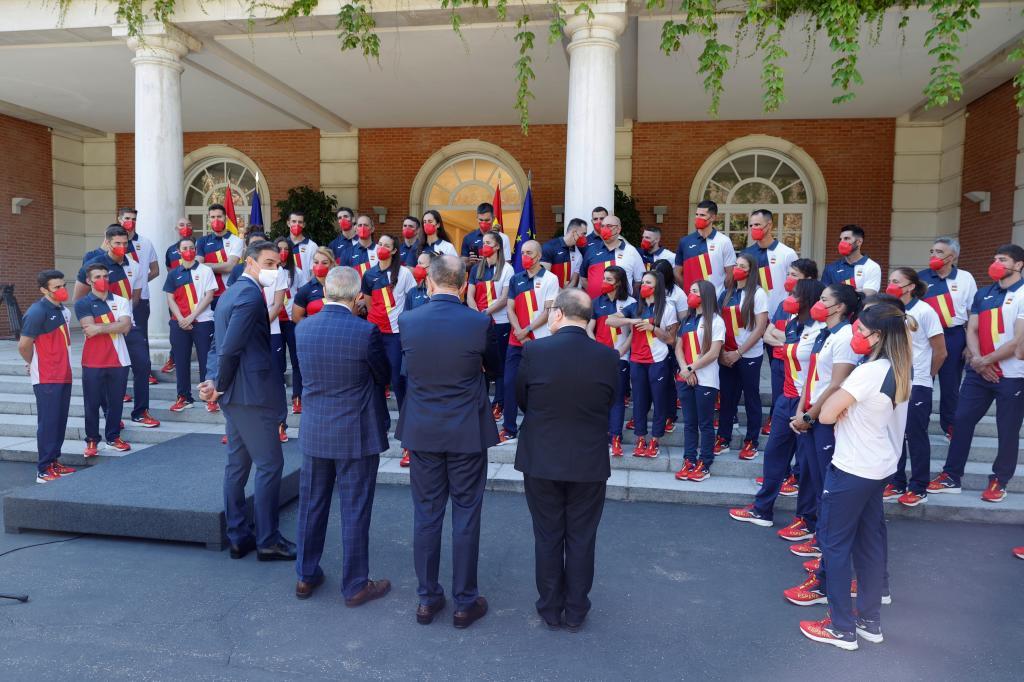 The Tokyo Games have already revealed the capacity for effort, resilience and sacrifice of us and our athletes. On the road in which they have always counted on the will and company of the Spanish Government and society. This is how they could feel it in the farewells paid at the Palacio de la Moncloa and before Their Majesties the Kings.

All of them will return from Tokyo with the triumph of duty accomplished. They will also bring medals, diplomas, participation in finals … But above all will return with the honor of having represented their country in the best possible way, showing the world the eternal aspiration of sport to achieve a more just, more equal and more committed world.

From the Government we have committed to making the greatest investment effort in the history of Spanish sport. And I’m talking about investment, not spending. Betting on sports and on our athletes is the best way to invest in our future. We are convinced of the great economic return of this bet, in terms of international reputation, safe tourist claim and quality or generation of wealth. We are convinced and we are proud.