Barça also wants the ‘other’ double

Barça also wants the ‘other’ double

After solving the only two friendlies of the preseason with convincing victories against MoraBanc Andorra (72-81) and a weak Limoges (83-47), FC Barcelona is now focused on trying to conquer the Catalan League and the Super Cup in a ‘doublet’ that has been resisting since 2015.

In the last season of Xavi Pascual on the bench, the Catalans opened the 2015-16 season in the best way raising his 19th Catalan League after beating Manresa in the ‘semis’ (78-65) and MoraBanc Andorra by 68-65 on September 26 in an agonizing final with a great Pau Ribas (26 points) and a triple on the horn that David Navarro failed and would have taken the game to extra time. 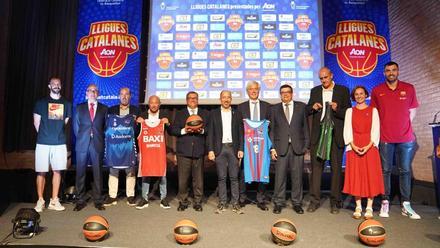 Oriola and Cubells, at the presentation of the Catalan Lligues

Already in October, the following weekend, Barça also conquered Martín Carpena to achieve their sixth and last Super Cup Endesa. The Blaugrana team played in the semifinals against Gran Canaria by 60-88 with 16 points from the Swede Marcus Eriksson (now at ALBA Berlin who no longer directs Aíto) and against host Unicaja in the final (62-80) with 15 points scored by Pau Ribas.

From then on, the crossing in the desert that led to FC Barcelona to spend more than three seasons with a Catalan League as the only award It has also been noticed at the dawn of the seasons.

“They are two very important titles and it is no joke. If we win them, confidence in the group will further increase & rdquor ;, Nikola Mirotic assured days ago to SPORT.

Since that ‘double’ in 2015, Barça has achieved three other Catalan Lligas to reaffirm its primacy with a total of 22 titles, double that of La Penya. The other two current participants, MoraBanc Andorra and BAXI Manresa, have two wound each. 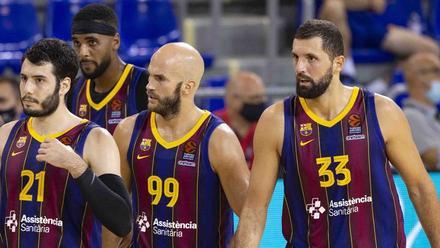 Barça, in the final of the last Catalan League

Fresh off the bench, the Greek Georgios Bartzokas conquered the Catalan scepter in 2016 thanks to the victory against BAXI Manresa in the final by 77-63 with 16 points from Justin Doellman, but a few days later they fell with an unexpected uproar against Gran Canaria in the final of the Super Cup (79-59).

Sito Alonso also began his short-lived stage at the helm of Barça in 2016 with the Catalan title after beating Manresa in the final by 89-70) with 15 points from Navarro, but he did not play a Super Cup that ended up in the hands of ‘taronjas’.

The Barcelona team won their last Catalan League in 2019 with veteran Svetislav Pesic on the bench after beating Andorra in the final (93-82) with 25 points and 10 rebounds from a masterful Mirotic, but lost the Super Cup final against Real Madrid 89-79.

Six years have passed since that last Barcelona ‘doublet’ at the dawn of a season and there is only one ‘survivor’ on the team of that fall of 2015. And, also, with certain nuances, so to speak, since he passed between both stages for the Oklahoma City Thunder of the NBA.

Àlex Abrines was key to Barça’s classification for the final of the Catalan League with his 16 points against Manresa in the semifinals (4/7 in triples, 4/4 in free throws) and six rebounds, but he was left without scoring after failing the five field shots he tried against Andorra. 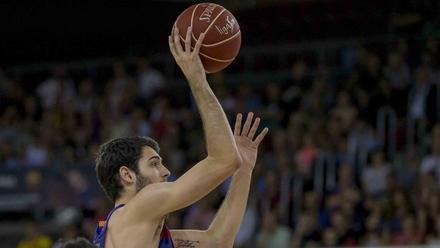 Renovated until 2026, the balearic he also scored with 10 points in the semifinals of the Super Cup against ‘Granca’ and four points with four rebounds in the final against Unicaja. Now Abrines faces the Catalan League with very high morale after scoring four triples in a row in Monday’s friendly against Limoges.

In that team there was also the mythical Juan Carlos Navarro, who currently holds the position of manager of the section and who has done so well this summer to maintain the highest level of the squad despite financial problems.