find happiness outside the home

find happiness outside the home

“When I played happily at Atlético de Madrid I was wearing 17 and now at Chelsea I will wear 17 again”. Saúl Ñíguez He pronounced this phrase in the talk he had with Ibai minutes after his signing for the English club became official. And at that moment, most football fans understood why the midfielder changed his mind after growing up and achieving success in the team of his life, Atlético de Madrid.

Simeone He always trusted in Saul’s potential. It was the Argentine coach who made him debut in the rojiblanco first team in the 2011-2012 season with only 17 years of age. Since then, the youth squad began to add minutes to become essential and one of the key pieces of the club’s successes in recent years. However, Cholo’s changes of approach and ideas relegated him to playing outside for a couple of seasons, and Saúl’s role changed.

At no time has the footballer denied his coach. In fact, quite the opposite. “I am grateful to the coach for life,” he assured Ibai Llanos. And it is that Saúl leaves Atlético de Madrid for now but he does it with his pockets full of minutes, goals and trophies. After nine seasons at the highest level, he has played 340 official games, including 283 as a starter, having scored 43 goals, given 17 assists and won six titles.“I felt stagnant. My head was not accepting my new role.”, explained in the same talk with the streamer. Ñíguez went from playing on the inside and having more freedom to reach the area to doing it on the outside, as a winger or winger, and losing prominence and weight on the pitch. Last season he played 33 league games, being a substitute in 11 of them. The reality is that he had never played fewer minutes in a season in LaLiga (2034 ‘last) since he began to settle in the first team (1059’ in the 14-15 season). 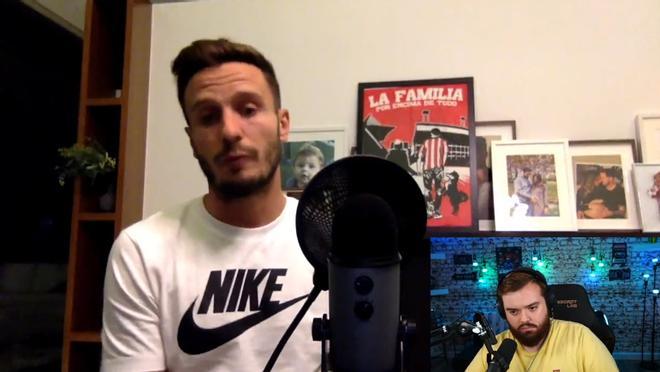 Saúl has not signed precisely for a team in which he has guaranteed ownership and minutes. The Jorginho, Mount, Kanté, Havertz, Pulisic, Ziyech or Kovacic They will not be able to do it easy. Chelsea, a defined team that is the current European champion, is a challenge for the Spanish, that for now only thinks about adapting as soon as possible to help the team. With so many open competitions, the demand for minutes and the accumulated fatigue of his teammates, in addition to his polyvalence In the central area of ​​the spinal cord, Saúl hopes that Tüchel will count on him to add quality to the Premier League, among other competitions, a league that has always attracted Saúl’s attention. In his own words, Chelsea promised him that he would move on the field where the player likes the most.

“I felt stuck playing in positions that were not mine. It was one of the conditions for my transfer. Now I want to train in my position to find myself happy & rdquor;the midfielder stated in the Twitch chat. Saúl Ñíguez arrived at Atlético de Madrid as a cadet and now at the age of 26 he has become a rojiblanco idol. His feeling towards the rojiblanco club will never change, and he does not rule out a return in a few years, although the important thing for him is to solve the present problem: to be happy again with the ball at his feet, even if that means moving away from home.