Summary and goals of the Bundesliga Greuther Fürth-Bayern

Crytek announce today that Crysis Remastered TrilogyA great value all-in-one set featuring remasters of the iconic Crysis single-player campaigns, Crysis 2 and Crysis 3, will be released on October 15. Fans of the franchise will also be able to purchase Crysis 2 Remastered and Crysis 3 Remastered individually on the same date.

Crysis Remastered Trilogy will also be released in physical format for the Xbox and PlayStation platforms. Nintendo Switch will feature a standalone release of Crysis 1, 2 and 3 Remastered, with the possibility for users to get an exclusive art card. Additionally, they announce that twenty exclusive art cards will be randomly inserted into the launch orders for each format, they will also be numbered and autographed by the development team.

The Crysis Remastered Trilogy is optimized and enhanced for next-gen consoles, which means that Crysis games will be playable more smoothly and better than ever. The original installments had an average resolution of 720p and up to 30 FPS. On Xbox Series X and PlayStation 5, Crysis remasters will be playable in 1080p to 4K resolution with up to 60 FPS, achieved with Dynamic Resolution for excellent performance on current hardware. In addition to substantial performance enhancements, the Crysis Remastered Trilogy features improved lighting and visually enhanced characters, weapons, and environments, as well as high-definition textures for crisp images.

You can see the comparative video in the following link.

Crysis Remastered Trilogy will be released for PlayStation 4 and PlayStation 5, Xbox One and Xbox Series X | S, and on PC on October 15 as a digital release through the Epic Games Store, PlayStation Store and Microsoft Store for € 49.99.

Crysis 2 Remastered and Crysis 3 Remastered, with the original titles’ single-player campaigns released in 2011 and 2013 respectively, will launch on the Epic Games Store, PlayStation Store, Microsoft Store, and on the Nintendo Switch eShop on October 15 for 29 , € 99 each. In-store versions for Nintendo Switch will be released later.

Crysis Remastered, which includes the single-player campaign from the original 2007 installment, launched last fall and is available for digital purchase today on the Epic Games Store, PlayStation Store, Microsoft Store, and the Nintendo Switch eShop. .

“We are delighted to bring fans of the Crysis franchise the Remastered Triology, our new all-in-one set that will accompany the separate release of the Crysis 2 and Crysis 3 remasters,” said Steffen Halbig, Project Lead. “Players will be able to relive the adventure with stunning graphics, smooth frame rates and high-quality textures on any platform of their choice, with lightning-fast 60fps gameplay available on PC and new consoles. generation, along with a host of other graphical optimizations. We encourage all users to watch the comparison trailer to see the differences for themselves. 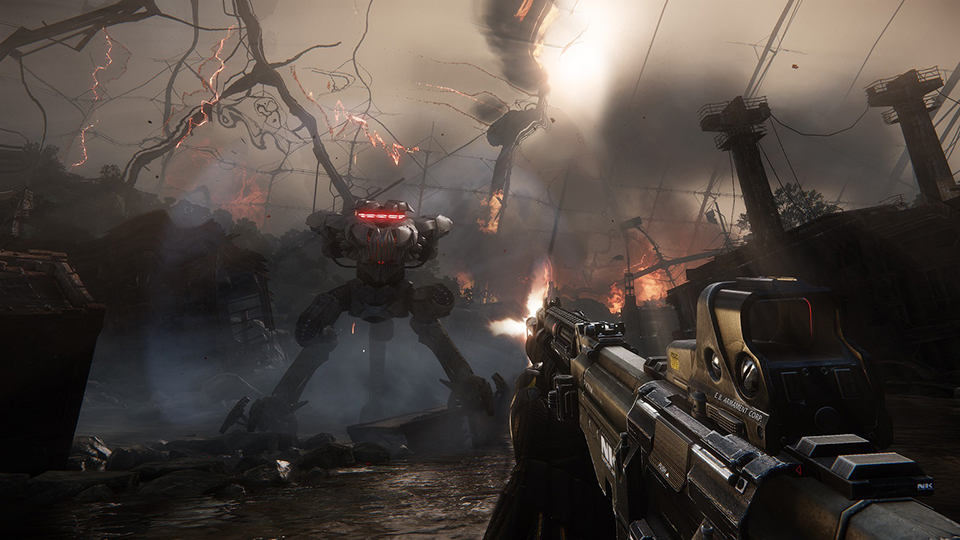