The offensive deficiencies of Barcelona, ​​exposed

Three months after Barça passed over Real Madrid with the best Mirotic of recent times, the new exercise has started this Tuesday in Madrid with a carefree Gala and with the blaugrana as firm candidates in an exciting competition

FC Barcelona will start on September 19 at the Palau against UCAM Murcia defending his title in a 2021-22 Endesa League that was presented yesterday with a magnificent show that took place at the company’s headquarters in Madrid.

No one was missing

Captain Pierre Oriola was the representative of Barça in a Gala in which the other 17 teams of the tournament were also present with former Blaugrana Adam Hanga as chosen by Real Madrid. 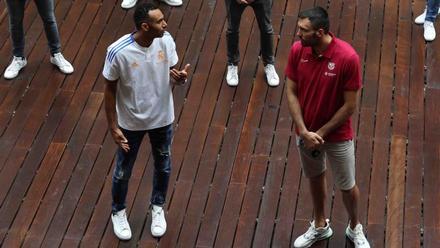 Hanga and Oriola, laughing during the Gala

Antonio Martín (president of the ACB) and José Bogas (CEO of Endesa) they led the institutional representation in an act led by Fran Fermoso, Sara Giménez and former players Amaya Valdemoro and the great Sitapha Savané.

The event was the starting point for a new edition of the league tournamentAlthough the Endesa Super Cup will arrive first, which will be played this weekend at Santiago Martín de Tenerife with the two semifinals on Saturday (Barça-Valencia Basket and Lenovo Tenerife-Real Madrid) and the final on 12-S.

With a lot of humor and in a very cheerful tone, all the attendees have made a very clear message thinking above all about the great heritage of Spanish basketball, the fans: “We’re ready to break it! & Rdquor; 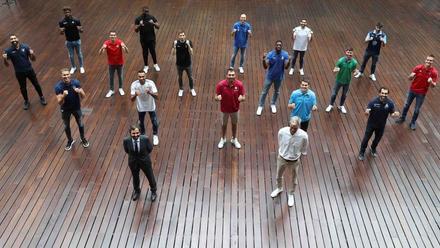 The 18 representatives of the Endesa League clubs

Among all the anecdotes that the afternoon left behind, the ‘killer’ Benite and Lima made a duo with a guitar to the rhythm of the clapping of the rest of the players, a shooting contest of the most varied in which Sederkerskis spent the game scoring a cake in a basket, or Pozas, Delgado and Oliver ‘picking each other’ with the presenters in a ‘Quiz’.

Antonio Martín stressed that the players “are the reason why we have spectators. There is a lot of talent here and looking at the teams that have been formed, it is clear that this season will be very competitive & rdquor ;.

The president of the ACB stressed the great importance of the union with Endesa: “It is not a commercial agreement, It is a relationship in which we have a lot to do together and also many common goals & rdquor ;. 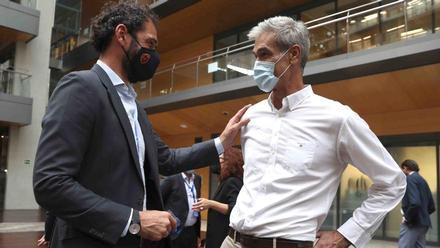 Antonio Martín and Jorge Garbajosa in a very positive image

“The return of the fans is one of the most anticipated news. Broadcasts and social media have followed, but the audience is the lifeblood of the competition. Ten years is not a coincidence. Our collaboration with the ACB goes far beyond a sponsorship & rdquor ;, said Bogas.

There was also time to give a great applause to two referents of the Endesa League who have just hung up their shoes: Carlos Cabezas and Felipe Reyes.

He already ex-base from Malaga he said he felt “very proud of the career I have had, but especially of the years that I have dedicated to this league & rdquor ;. For his part, the ex-Madridista admitted that “during the summer I have not thought anything about basketball. I have enjoyed my family and my children and I have not worried about what I have done for the last 23 years of my life. 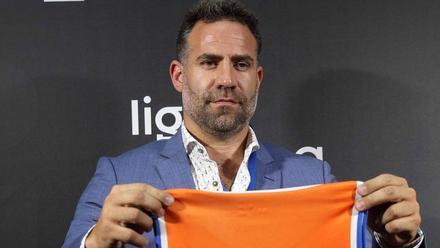 Parallel to the return of the Endesa League on the third weekend of September the ‘Supermanager ACB’ also returns, the game that every season delights fans and encourages group competitions in private leagues.

From the start, the most sought-after in each position are the former blue guard Marcelino Huertas (Lenovo Tenerife) with 680,000 euros, the Lithuanian forward Rokas Giedraitis (Baskonia) with 665,000 and Georgian center Giorgi Shermadini (Lenovo Tenerife) with 1,000,000 (the most expensive in the game). The most valued of the Barça is Nikola Mirotic with 790,000.

The offensive deficiencies of Barcelona, ​​exposed