… And Carroll is still on his ‘ranch’

… And Carroll is still on his ‘ranch’

With more than 700, Jaycee Carroll is by far the foreigner who has played the most official matches with Real Madrid, followed light years by a Jeffery Taylor who has already exceeded 400 and by the American Louis Bullock with 394.

In fact, the one in Utah would be the third counting the Spanish players, just behind two emblems of Real Madrid such as the recently ‘retired’ Felipe Reyes and Sergio Llull who will continue to increase his records in the Endesa Super Cup.

Therefore, as the white preseason progresses, the absence of a Carroll with which coach Pablo Laso counted despite his 38 years And that since the end of last season he has had a renewal offer from Madrid for one more year.

However, the Azerbaijani nationalized American remains unresponsive while enjoy with his family in the ranch-mansion that the one in Wyoming in Utah has been built surrounded by animals and nature.

And meat, since this ambitious project of the ‘River Meadow Ranch Wagyu’ is focused on the commercialization of the ‘Wagyu’, a type of Japanese meat that is beginning to open up the market on five continents and that the basketball player met by chance in Madrid. 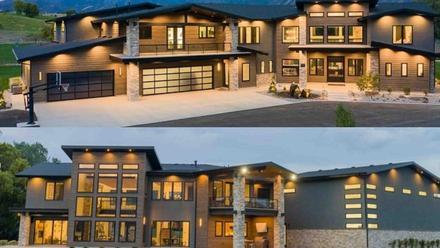 “Carroll is in the United States and we don’t have him, “settled Pablo Laso when asked about the guard in the previous Super Cup, but he was not so precise when referring to future plans, aware that he would be an important player if he finally agrees to play his last months with a Real Madrid that he arrived in 2011 coming from a Herbalife Gran Canaria that has been signing like the angels for years. “I don’t look very long-term. What I know is that Carroll is not here and is not going to play the Super Cup. We value him a lot, we love him and he’s very Madridista, but he’s not going to be in the Super Cup, “added the Vitorian, trying to focus on this Saturday’s semifinal against host Lenovo Tenerife (10pm). 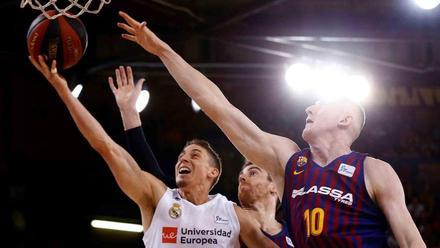 In the ten consecutive seasons he has played for the white club, Jaycee Carroll has developed a sensational record with a total of 20 titles that mark the two Euroleague achieved in 2015 and 2018, in addition to five Endesa Leagues, six King’s Cups, six Endesas Super Cups and one Intercontinental Cup.

Able to meet the defensive demands of the ‘Laso philosophy’ and to perfectly interpret the fast basketball that the Vitorian coach likes so much, this player who made the leap to European basketball in 2008 in the modest Italian Teramo by not being ‘drafted’ has been marveling at his skills as a shot for a decade. 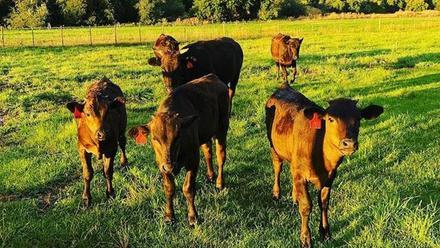 Carroll perfectly masters the shot after direct and indirect blocks exit, as well as the launch after the boat and the penetration. In his achievements, multiple parties ‘raised’ based on triples in the second half. Not in vain, on several occasions he has served as a Barça ‘executioner’.

The truth is that Real Madrid is willing to wait for him longer while looking askance at the market, with the month of January as a possible end point. For his part, the brilliant guard remains undecided in a situation reminiscent of Pau Gasol with Barça.