WarioWare: Get It Together! for Nintendo Switch

WarioWare: Get It Together! for Nintendo Switch

Villain, treasure thief, kart racer, golfer, tennis player, general Olympian, wrestler, aspiring millionaire, entrepreneur, and also a video game developer. If anyone can rival in versatility with Mario, that is undoubtedly his archrival Wario. With his yellow and purple suit he is dedicated to misdeeds, but whenever he has dressed his casual biker outfit, he has thought about getting rich by exploiting the capabilities of the different Nintendo consoles, and now it will be no less with WarioWare: Get It Together! Available for Nintendo Switch starting this Friday.

Wario is creating his own video game with all his friends, to compete with the great success of Diamond City, Pyoro, but something has corrupted all the code. This time, Wario and company will be the protagonists of the more than 200 microgames, and it will be you, the player, Joy-Con in hand, who moves the characters of the video game within the video game and helps solve all this madness. This all sounds very chaotic, because that’s what Wario is like. But if it’s too difficult to follow, let’s start from the beginning.

Wario was born in 1992 as the counterpart to Mario, the villain from Super Mario Land 2: 6 Golden Coins who wore a cap with a W in a pun on the Japanese word “warui”, which means “bad.” Bad Mario: Wario. His ambition meant that it took him little time to take center stage, and the third Super Mario Land was already directly called Wario Land. And while he was hunting for treasures, in 2003 he started developing his own games with WarioWare, Inc .: Minigame Mania, for the Game Boy Advance.

Wario’s style is everyday, casual, eclectic, rude, funny,… but very fast and direct. A simple instruction, a screen with a problem and just five seconds to solve it. Shoot a ball! Spin some blades! Get a rocket off the ground! Stick your fingers up a nose! Clean a house! Sculpt a statue! Dodge a wheeled sausage!

After creating his addictive microgames that are solved with little more than the push of a button, Wario was charged with the task of taking advantage of some of the unique characteristics of Nintendo hardware wherever he went, and with Nintendo Switch, what better way to Take advantage of the two Joy-Con controllers included with the console than with a throng of two-player microgames?

WarioWare: Get It Together! It is a meta-videogame, and here you do not control those fingers, rockets, blades or tools, but rather the player controls the character who, with his own abilities, will trigger the key element of each microgame. An overwhelming design lesson that makes the more than 200 microgames suitable for both being played alone or in company, and that they resolve differently depending on who of Wario’s more than 12 friends you decide to control.

Jimmy T, 9-Volt, Young Cricket, Mona, Orbulon, Ashley, Kat and Ana,… Each character has their own abilities, but also their own set of microgames! Nature and animals, sports, science, food, and much more. Even the curl is curled in microgames that pay homage to Nintendo video games!

This games-within-games-within-games thing may seem confusing, but WarioWare: Get It Together! it can be as simple as picking up a Joy-Con and pressing a button. If you still have doubts about what is this about microgames, you can download the free trial version from the Nintendo eShop of Nintendo Switch.

In addition to the story for one or two players *, WarioWare: Get It Together! It has wild game modes. The “Potpourri” section offers a competitive party mode for friends looking for a fun and crazy session on the same console. You can compete in microgames, as well as many other fun challenges, or cooperate with up to four players. In addition, the most competitive can challenge themselves in the Wario Cup, participating in weekly challenges that will allow them to accumulate points and fight for glory **. And all the coins obtained in the different game modes can be invested in a wide range of customization options. 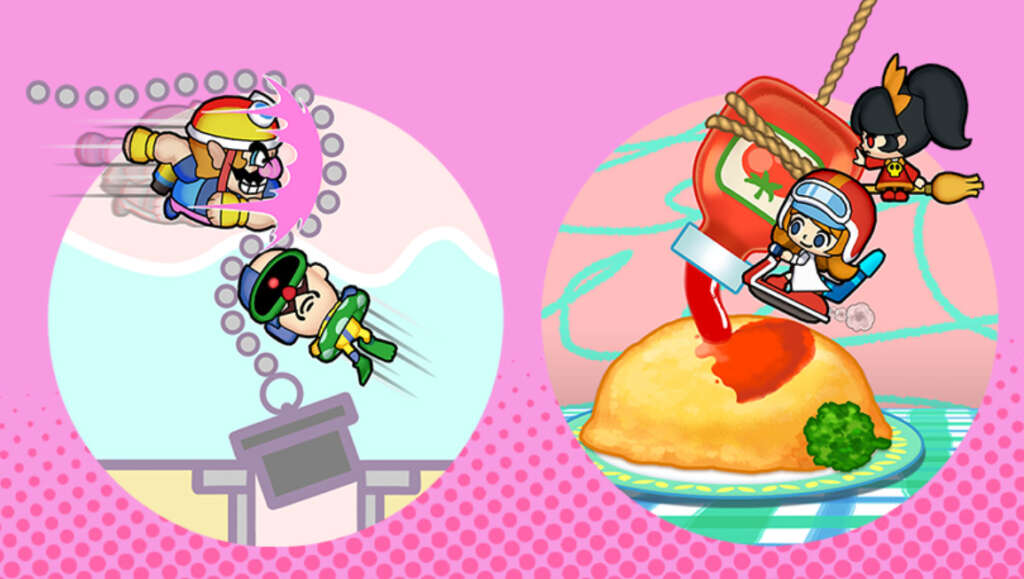